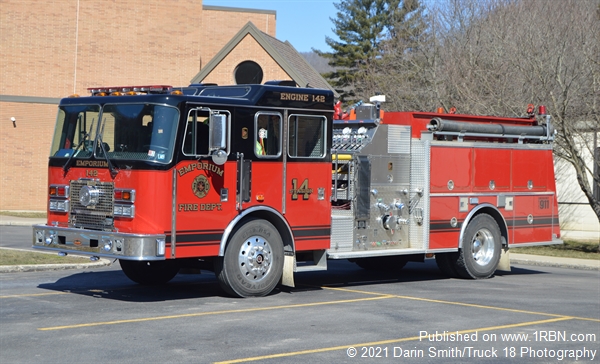 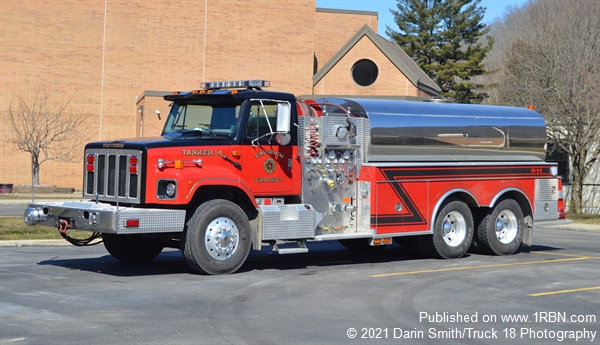 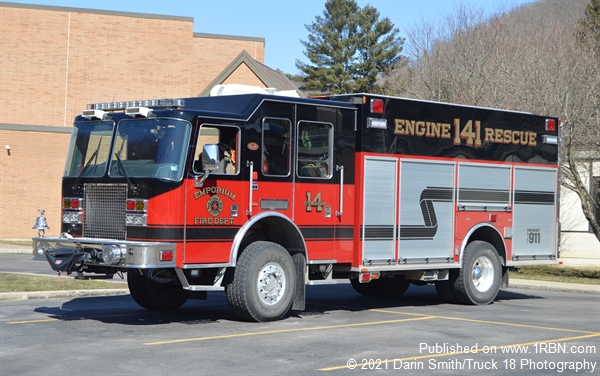 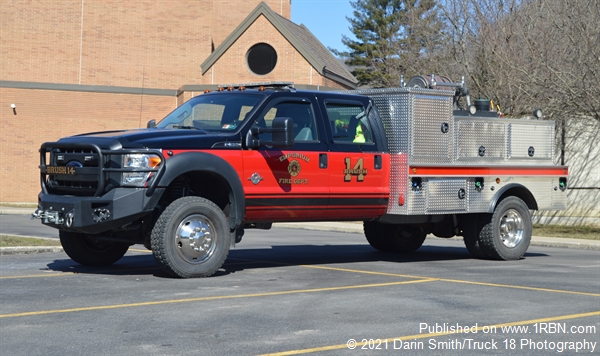 Photo by Darin Smith/Truck 18 PhotographyThis 2014 Ford F-550/Shore Equipment runs as Brush 14. It has a portable pump, 300 water and on board foam. 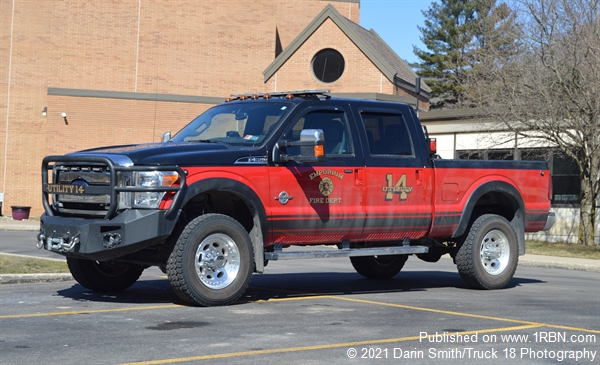 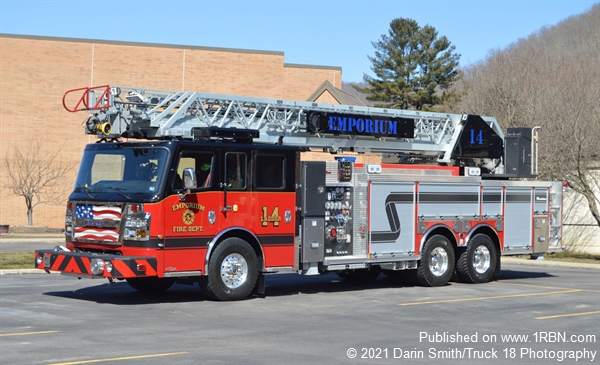 Photo by Darin Smith/Truck 18 PhotographyThe newest addition to the fleet is this 2020 Rosenbauer Commander, operating as Ladder 14. Having been placed in service in December 2020, it has a 2000 pump, 500 water and a 109' rear-mount ladder. 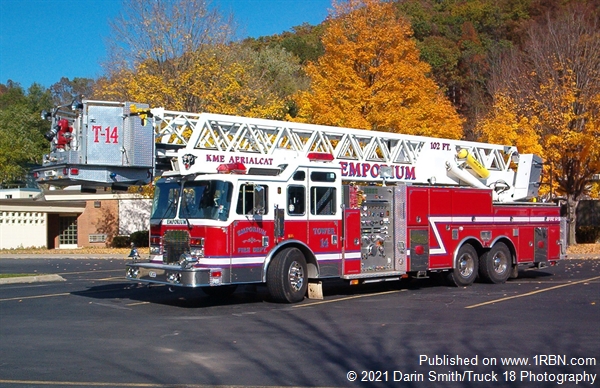 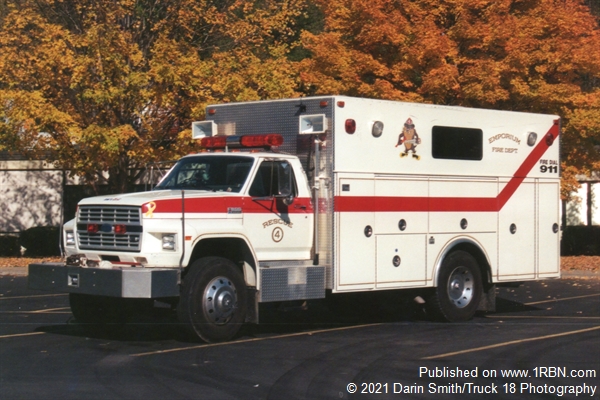 The Emporium Fire Department in Cameron County is one of only two fire companies in the county, (Sinnamahoning being the other). The 398-square-mile county, with roughly 5,000 residents, is almost all forest, with Emporium being the County seat. The closest mutual aid comes from Saint Mary's in Elk County, at 19 miles away. Sinnamahoning is 22 miles. Even this small town has had it's share of emergencies. Recently having a large sawmill fire, there was a major train derailment several years ago, and a major downtown fire that destroyed almost an entire block. Thank you so much to Chief Adam Johnson, Jacy Langley and Chad Olay for moving rigs around for photos. A class act, out in the wilderness.