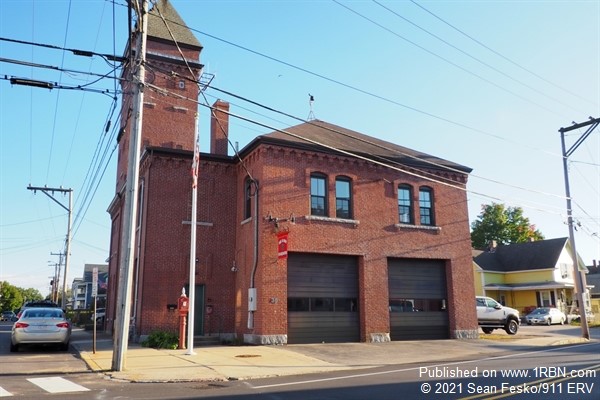 Built in 1900, this fire station on Lake Street was originally occupied by Engine and Ladder 2 in the center of the city of Nashua, NH. In 1998, a new, four-bay station was built half a mile down the road and now houses those two companies, along with the Special Hazards unit, dive truck, safety/training units, and more. The original station was then converted to house the city's Fire Alarm office.