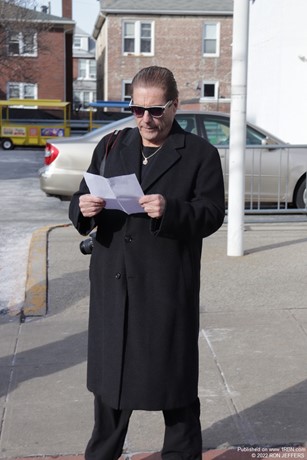 Renner started his public safety career with the former West New York Fire Department, before the North Hudson merger. He was a union officer in the West New York IAFF local.

One of his labor-of-love projects was setting up the North Hudson firefighters and fire officers annual Christmas holiday parade down Bergenline Avenue, which included after retirement. He acquired sponsors, floats, bands, etc. He would also walk the length of the parade from 83rd Street to 32nd Street.

Before becoming a firefighter, Renner was employed as a supervisor for the West New York Recreation Department. He was a volunteer basketball and Pop Warner coach. In addition, he was part-owner of a local gas station. He participated in events to purchase equipment needed for school projects in the West New York School District.

Renner loved photography, and always had a camera nearby. At a firehouse retirement party, civic affairs, union events, etc., he was snapping photos. He was old school and would later send you prints, in the mail. His Christmas card always possessed a family photo.

After retiring from the fire department, Renner worked as a security guard at The Meadowlands.

He was known for his big heart and called a “go-to-guy”. Billy Renner was loved, and will be missed, by many.