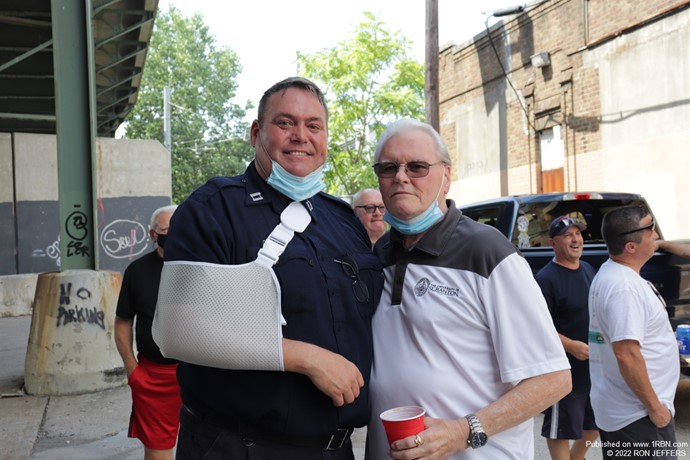 Retired North Hudson Fire & Rescue Captain Robert "Bobby" Reed lost his battle with cancer, in March. He was a veteran of the U.S. Army, serving during the Vietnam War.

Captain Reed began his public safety career with the former Weehawken Fire Department, before the North Hudson regional department was organized in 1999.

Captain Reed, right, is with his son during his unique "under the bridge" retirement party in the Shades section of Weehawken, July, 2020, where he grew up and hung out as a youth; and, where he continued to live.

Captain Reed was a well-liked, dedicated and respected fire officer. A gentleman and a good guy.