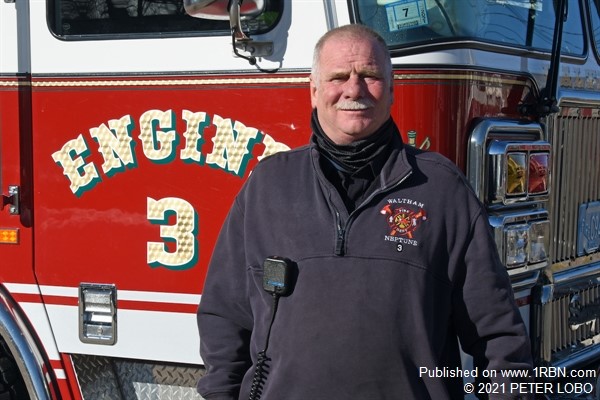 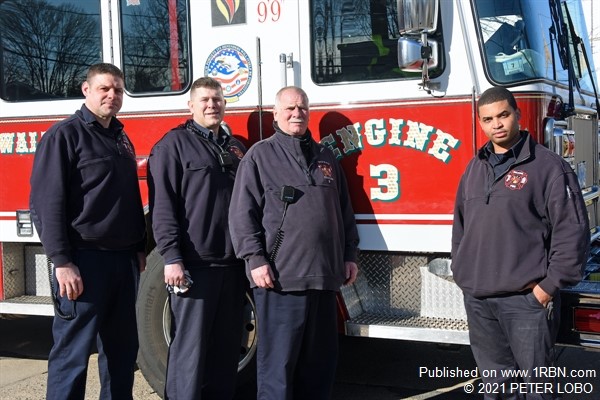 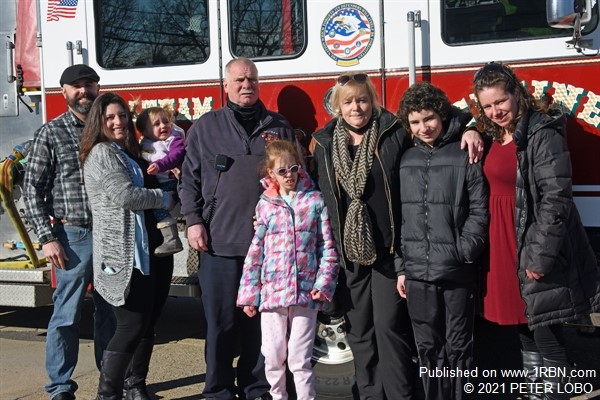 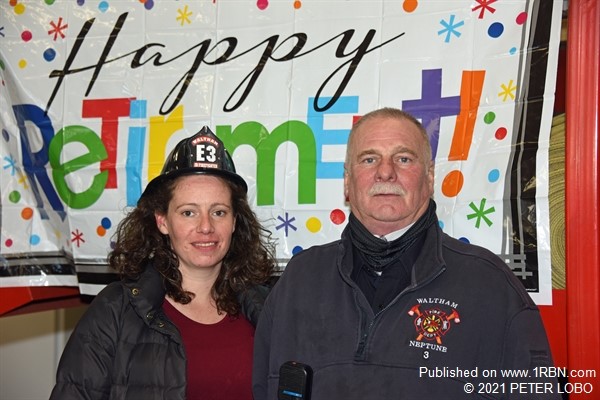 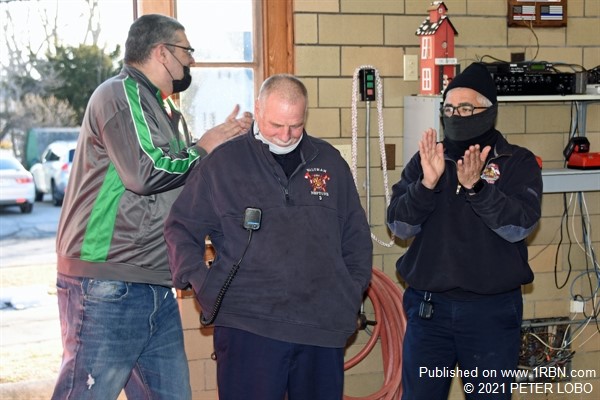 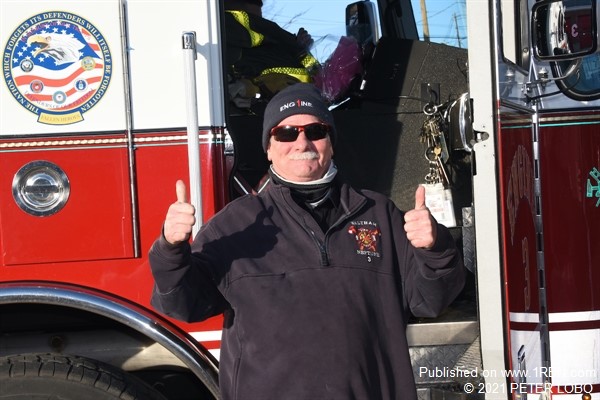 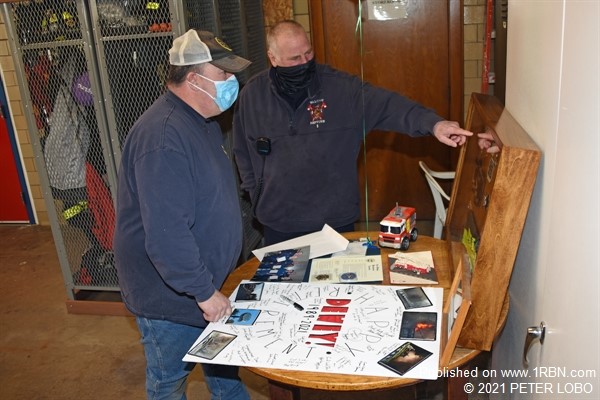 On February 26th, Waltham firefighters feted Dwight (Dewey) Anderson at his Engine 3 Station on Willow Street after serving 32 years. Of real note: In July of 2007, there was a 3-alarm fire at Sal’s Pizza on Main Street. At the height of the fire, two firefighters fell through the floor into the basement. FF Joe Nelson and Tony Capello (at the time Captain, now Deputy Chief) were rescued by Dewey by pulling both of them out of the blaze.