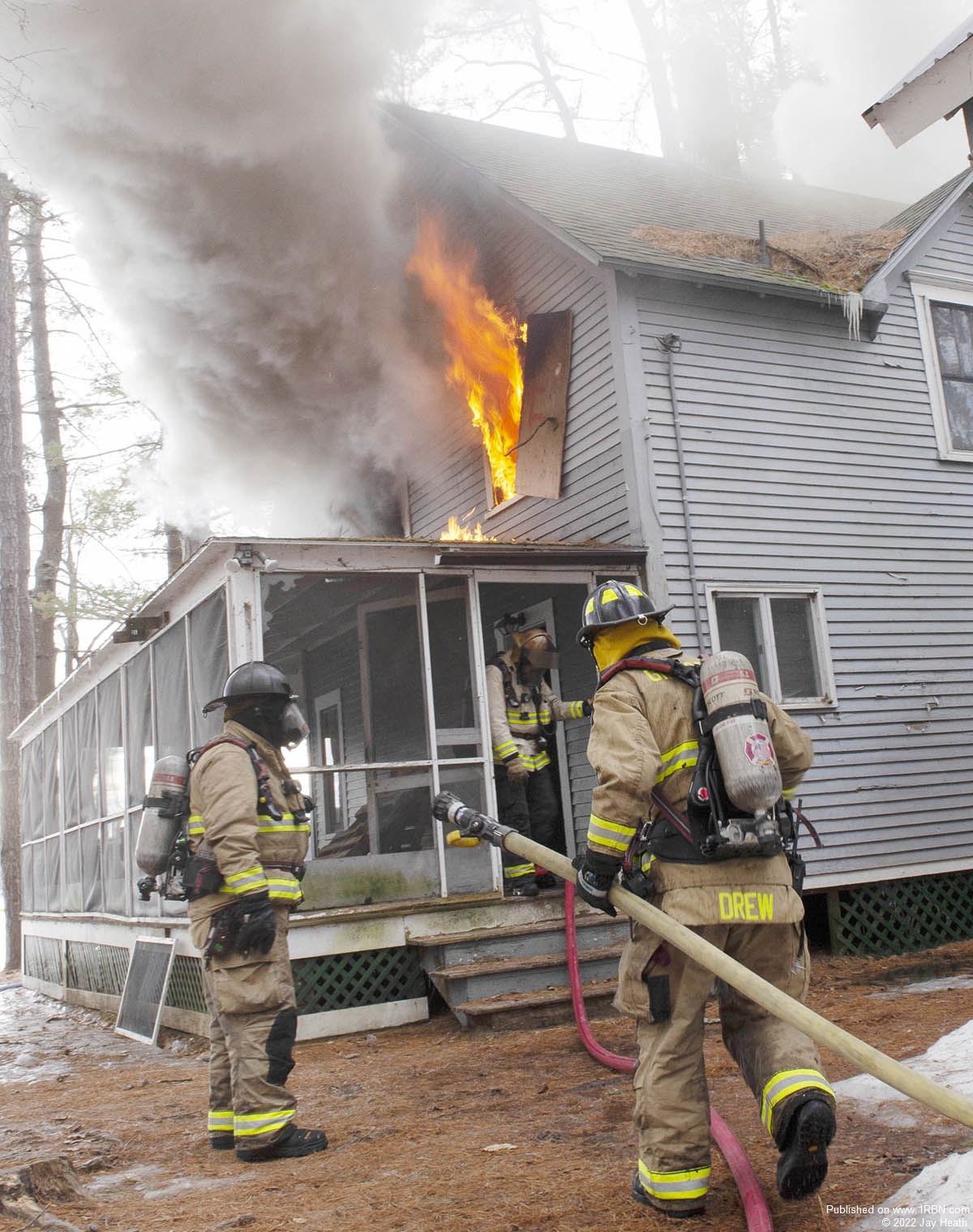 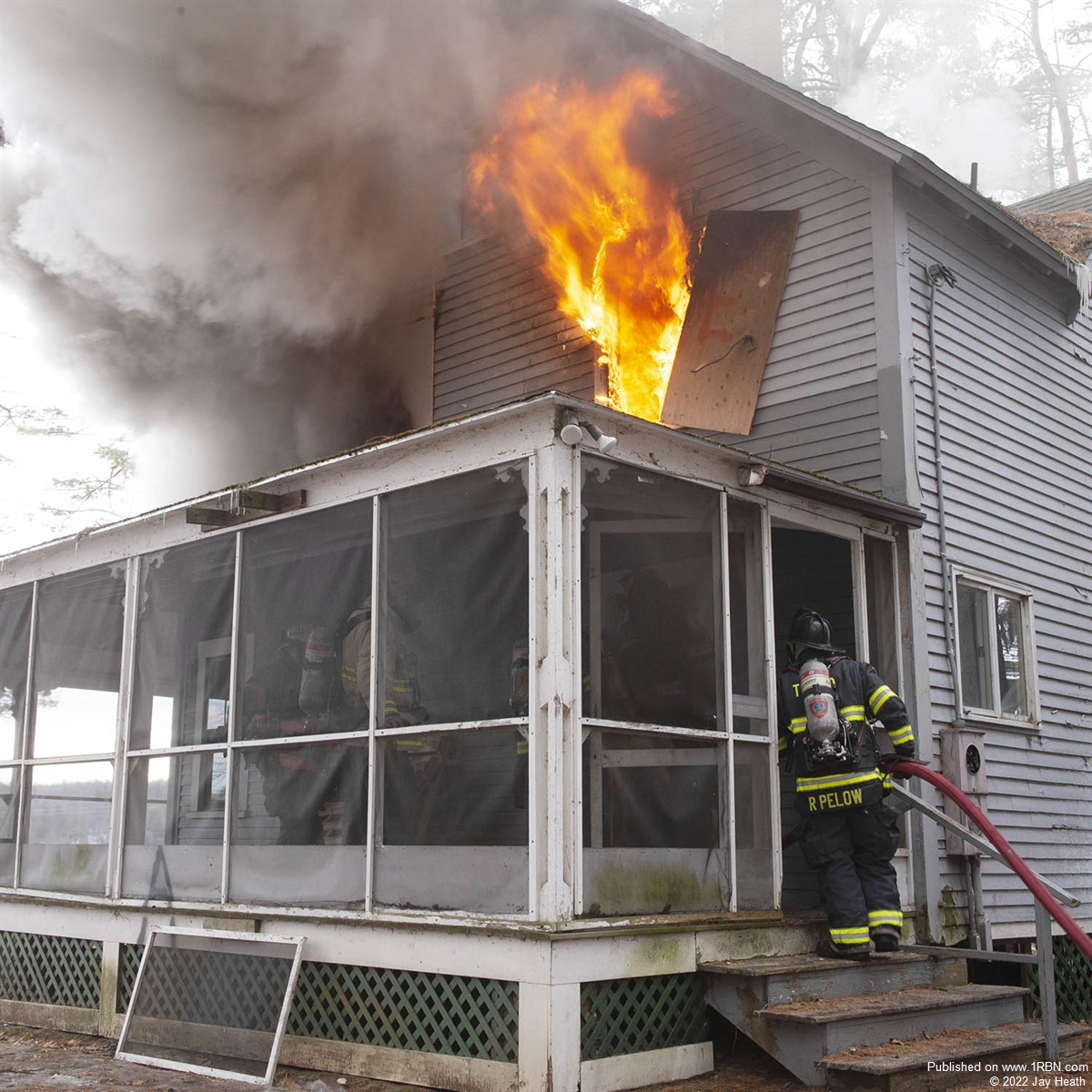 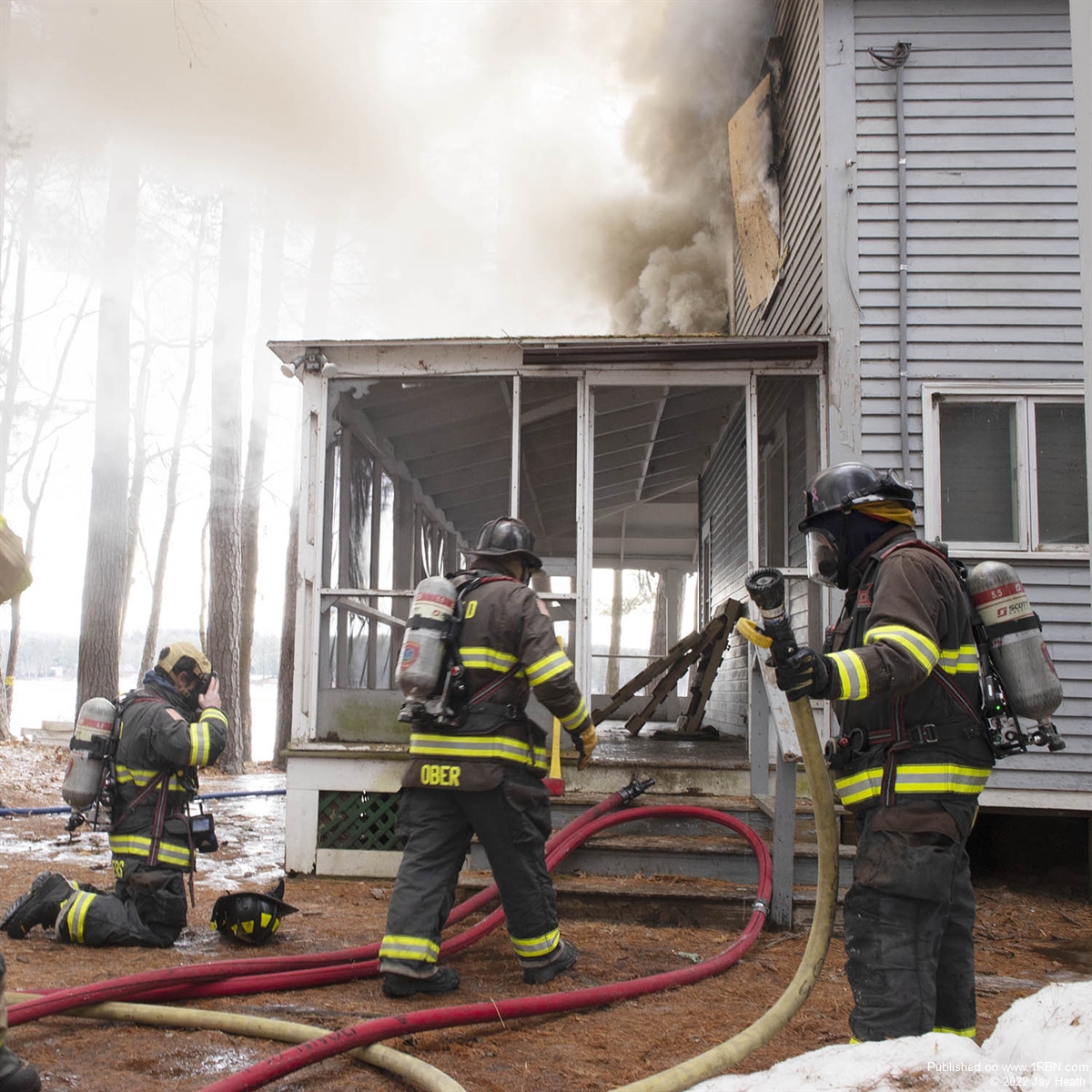 Photo by Jay Heath Teams of firefighters mask up before entering to battle the live room fires. 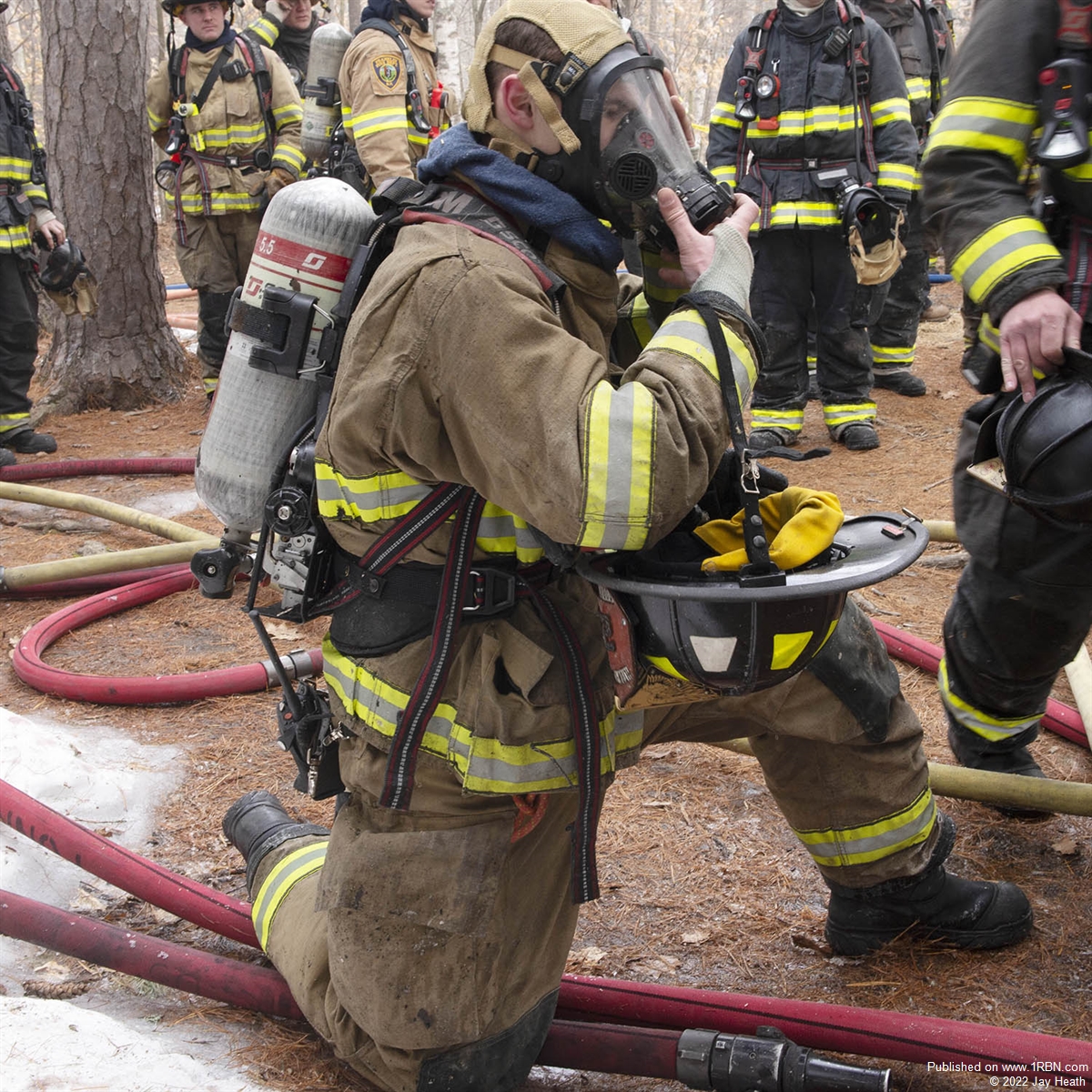 Photo by Jay Heath A firefighter gets ready for the next live fire evolution. 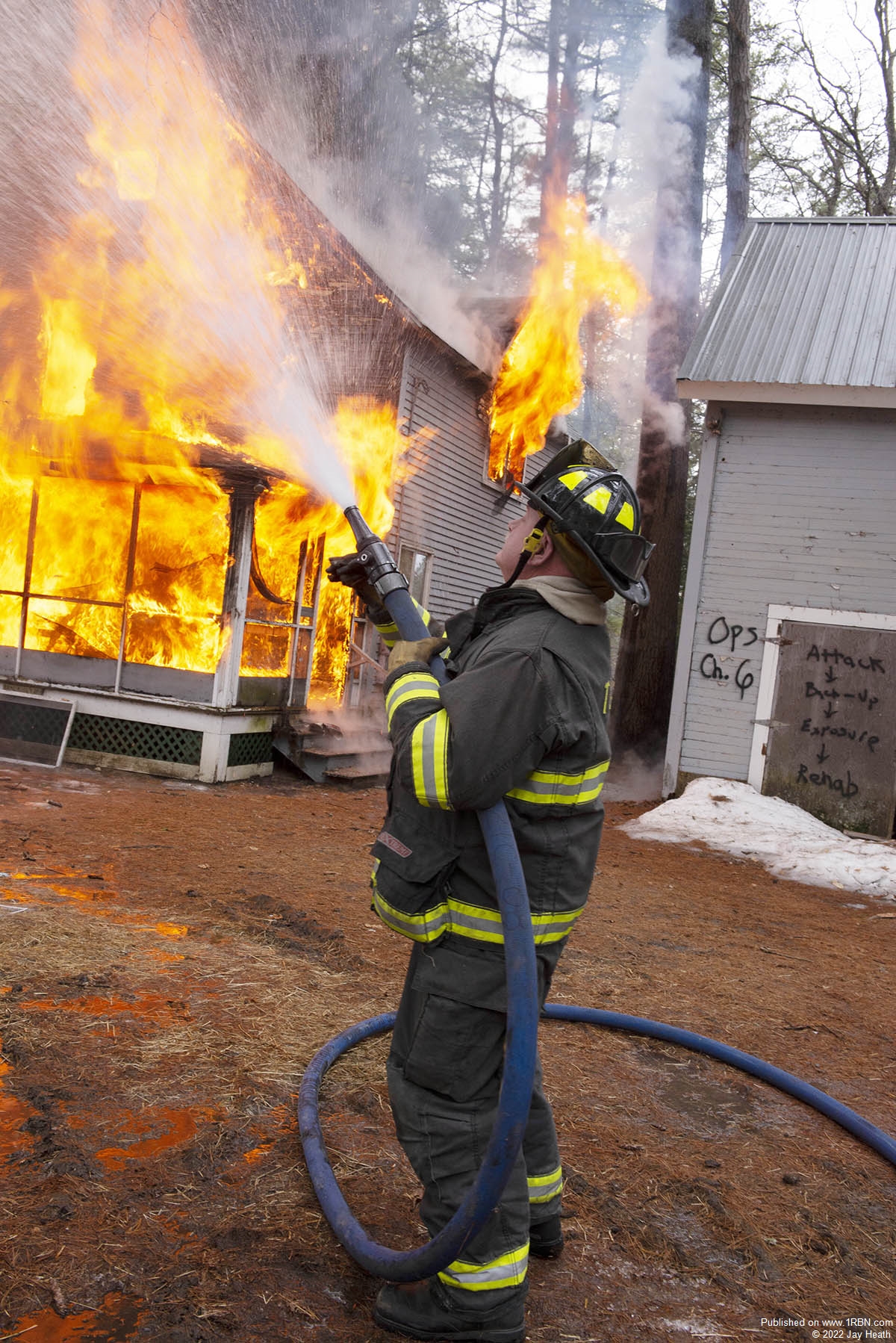 Photo by Jay HeathFirefighters eventually let the building burn at the end of the training.

TILTON, NH - The Professional Firefighters of Tilton-Northfield conducted a live training burn in a large house along the lake off Laconia Road early Saturday morning, February 19th. Along with the TNFD firefighters, firefighters from Franklin and Gilford participated in the training burn as well. Teams of firefighters experienced conducting firefighting operations on real fire in numerous rooms inside the large structure throughout the morning. The NH State Fire Marshal's Office participated as well, training with one of the K-9 units after the fires had been extinguished. The building was eventually left to burn at the end of the training sessions.