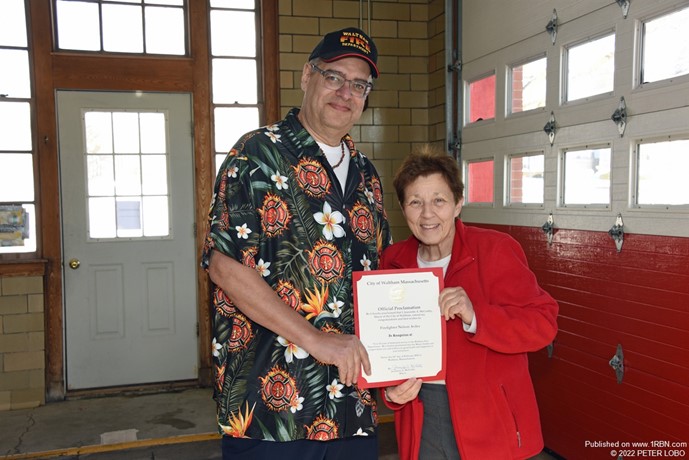 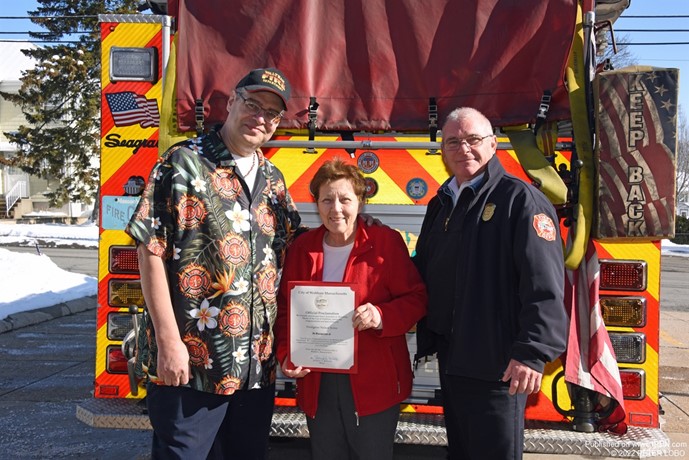 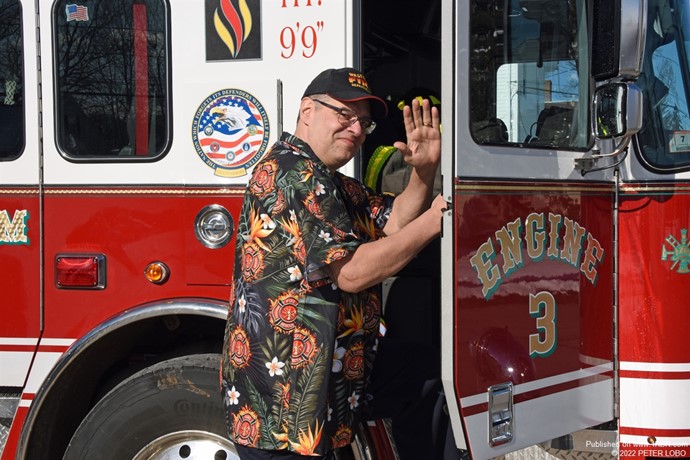 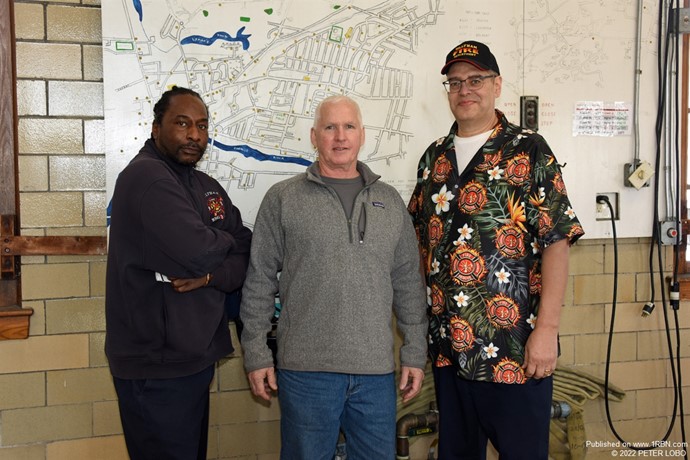 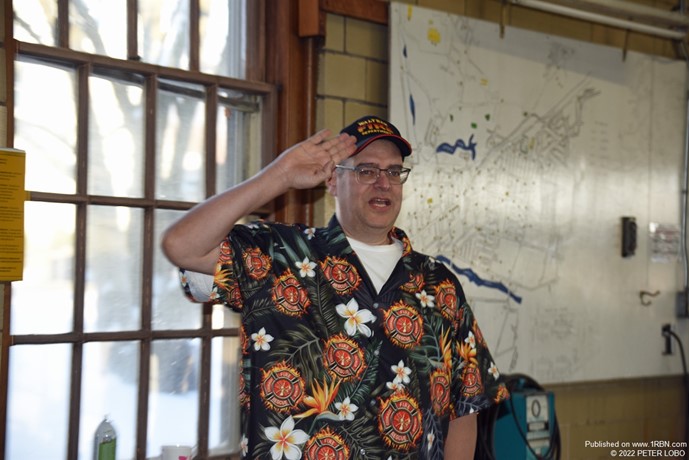 Photo by PETER LOBONelson listens to his last bells being struck. 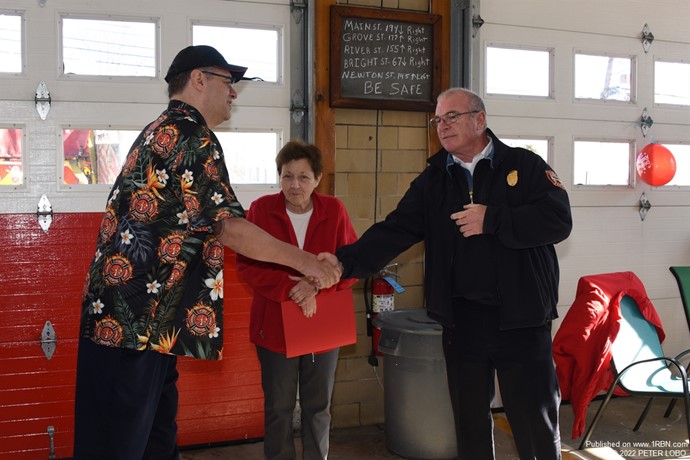 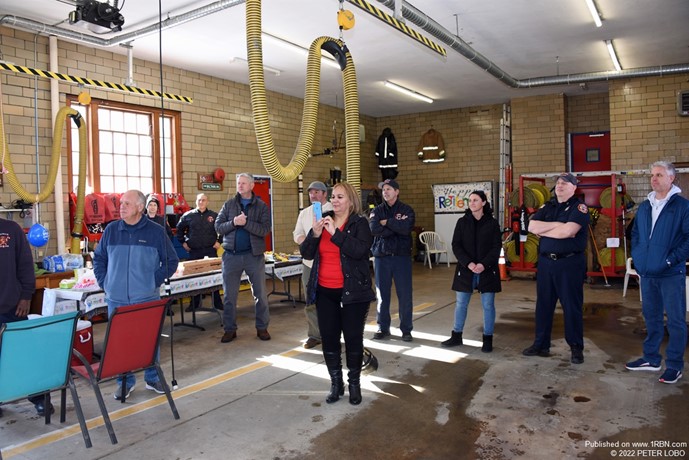 Waltham Firefighter Nelson Aviles was hired on February 26, 1989 and officially retired on February 15, 2022. He worked under six Chiefs, and his last tour has been with Engine 3 at the Willow Street station. A retirement party took place on February 14th at his Engine 3 Station.