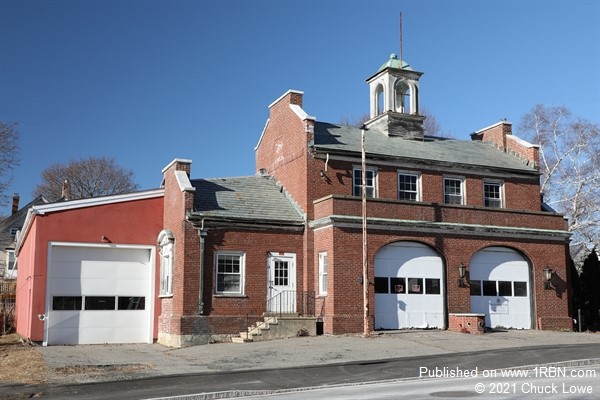 The former Ayer firehouse at 14 Washington St. was home to the department for 72 years. It was built by George Ernest Robinson, famous for fire station architecture, in 1934 as a "Colonial Revival". The structure was expanded with additions made in 1945, 1970 & 1996 to accommodate the needs of the department. This building, which has been vacant since 2006, is currently being eyed for conversion in to six units of affordable housing.