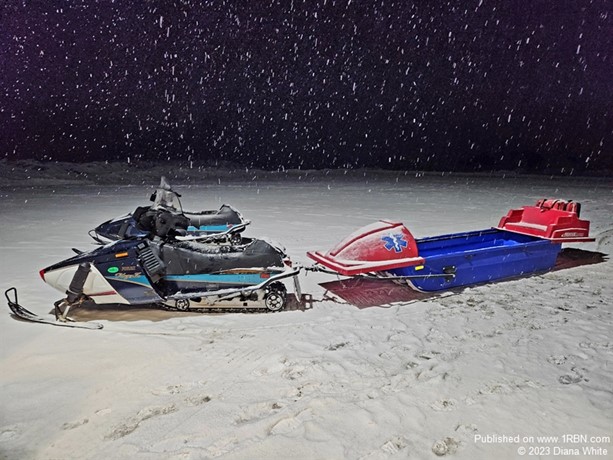 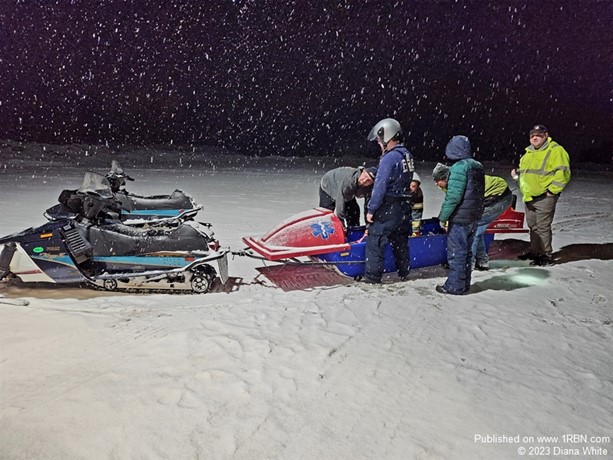 Photo by Diana WhiteLee Fire Rescue, preparing to move a patient from the Rescue sled to the ambulance during training.

Lee Fire Rescue took some time to do rescue trainings during some snow showers at their station. Using snowmobiles, a Rescue sled, firefighters & emts, they made two rescues on a near by trail of their fellow firefighters. Not only was it snowing, it was a little chilly and it was dark. Training for such calls, keeps them ready for the real thing.