Quick response saves residence and 6 dogs from home in Inverness 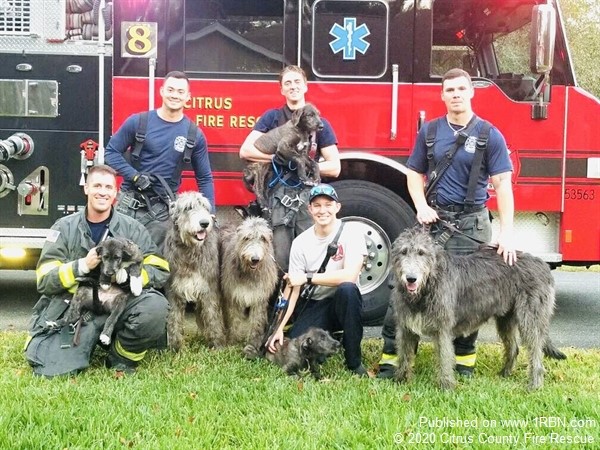 Citrus County, FL - At 4:56 P.M. on January 6th, Citrus County Fire Rescue was dispatched to a smoke alarm activation at a residence on South Garcia Ter. in Inverness. The crew on the first arriving apparatus at 5:03 P.M. from Highlands station Engine 8 found a 1500-square-foot concrete block structure with nothing showing. Upon further investigation, smoke was visible through the rear sliding glass door. Engine 8 crew made entry and found three adult dogs and the stovetop smoking heavily. Engine 8 crew brought the dogs outside. The homeowner arrived on scene and advised that three puppies remained inside the residence. Engine 8 crew reentered the home, removed the pot from the stove, turned off the burner, and removed the remaining three puppies from the home. Battalion Chief LJ White declared the fire under control at 5:13 P.M. Engine 8 crew ensured proper ventilation and smoke removal from the residence. Crews from Kensington station 23 with Squad 23 and Battalion Chief 1 responded to the scene. A negative secondary search was reported for any other occupants. Crews cleared the scene at 5:50 P.M. No injuries were reported.