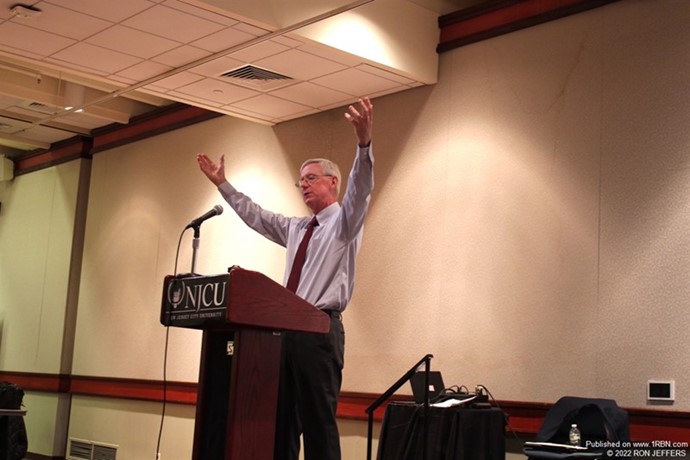 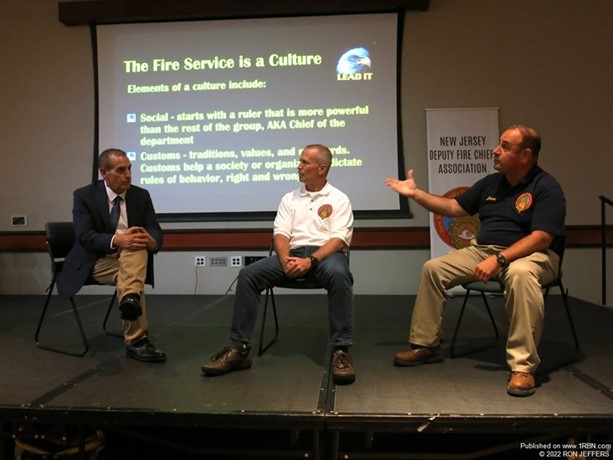 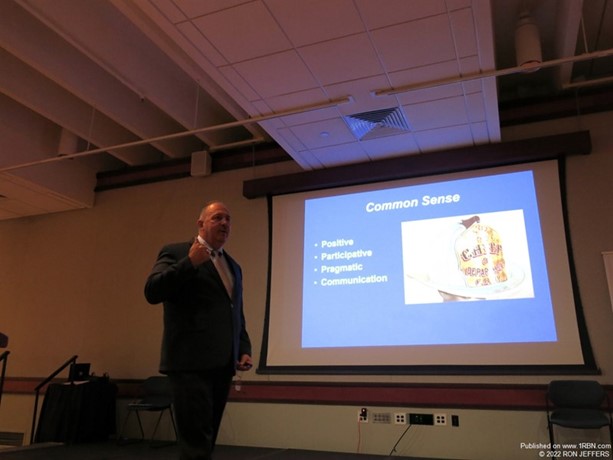 The New Jersey Deputy Fire Chief's Association held their 7th annual training seminar on October 1st. This was the second year that the assembly was held at New Jersey City University, in Jersey City. Close to 400 career and volunteer firefighters and fire officers were in attendance.

Once again, the NJDFCA assembled a group of excellent speakers. They not only lectured, but provided stories from their time on the line, aka “war stories.” You know, the kind of stories told at the firehouse kitchen table. It kept everyone interested in all that they had to say. Stories that all could relate to.

And again, retired FDNY Deputy Chief and author Vincent Dunn was on hand as the goodwill ambassador. At these events, he's like a movie star!

The “furthest traveled" award went to Elria, Ohio, career Firefighter Ethan Bansek. The 26-year-old traveled to New Jersey because he wanted to “meet one of the greatest leaders of all times,” in reference to Chief Dunn. He was presented with an autographed book by the chief and had his photo taken with his hero. When the seminar was over, he referred to the day as an “amazing class of experience.”

Battalion Chief Richardson was on first with his “Common Sense Command-Stay Focused on the Mission.” During his career, he served as a safety battalion, haz-mat chief, and he was an original member of the Incident Management Team. Know what to do and then do your best. Get better by practicing things learned during training. Needed are awareness, work and discipline to become a better leader.

“Never grow a wishbone where your backbone should be,” he said. “Hope is not a plan!”

Chief Richardson mentioned “the power of the pause.” At an incident make a “mental checklist” of what is needed to be done before moving forward. In his advanced career, he learned that the “power to pause” evolved into a “leadership pause.” Pause, think and ask legitimate questions.

Up next was Battalion Chief John Cagno, Jr. with “That was then-this is now: The need to adopt behavioral cultural change in the fire service.” The chief used audience participation during his time with a combination of serious learning and some amusement.

Chief Cagno spent some time in New Jersey with the NJDFCA president, Charles Lind, Jr., along with other members and friends of the organization. Ice breaking. Getting to know each other. As a matter of fact, during his lecture a retired Hackensack lieutenant raised his hand. Chief Cagno said, “Yes, Uncle Lenny.” The Brotherhood.

“Leadership is simple, provided that you understand the moral responsibility and consequences that come with the decisions you must make,” he said. “Every action has a consequence-sometimes positive, sometimes negative.”

Chief Cagno discussed fire service culture and how to change a cultural behavior in a positive direction.

“Remember, our profession (culture) has the notorious distinction of always providing us with the test before the lesson.”

The chief led off by recognizing his mentors on the job and his father. Those that helped him along the way in his career. Especially those that have guided us and have passed on. “Those people you never forget.”

He stressed knowing the history of your department and teach your people the history.

To the public, firefighters are “problem solvers on their worst days.”

When he was interviewed for Chief of Department he was asked what his number one priority would be as chief. His answer was, “Communication.” Know your people-names and families. Know their strengths/weaknesses. Listen to them. Set the tone. Make sure they know your expectations.

The chief said he would clean his schedules on Fridays and visit an EMS station in the morning and a firehouse in the afternoon, to stay in touch with his members. He also knew he'd have a good lunch! He wore leisure clothes and would take in a run on the apparatus. Something he missed.

He continued his list: Get dirty with them. Lead by example. Drill. Engage them. Know the pulse of your company/department. Officer solidarity. Say, “Thank you”!

During breaks, several fire service related vendors were on hand to show off their equipment and answer questions. Refreshments were provided by the Bell & Siren and Gong Club crews.

Over the years, familiar faces of fire officers and firefighters continue to be in attendance. Proof that they respect and enjoy the programs that the officers and members of the NJDFCA have provided over the years.