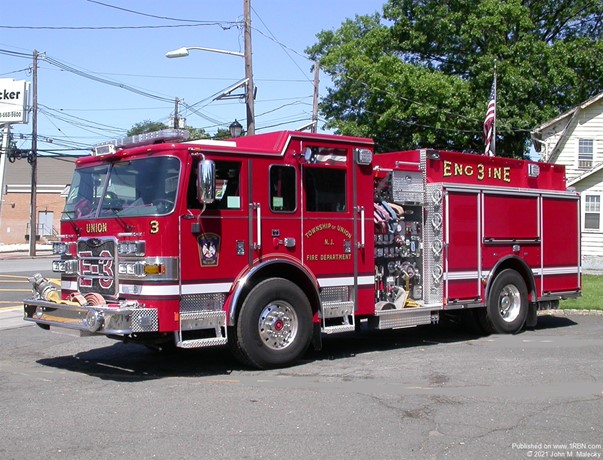 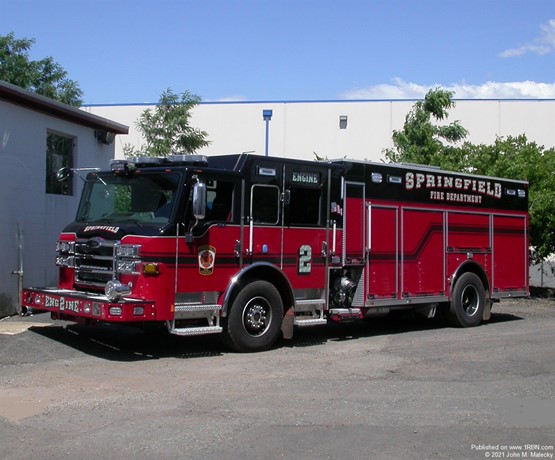 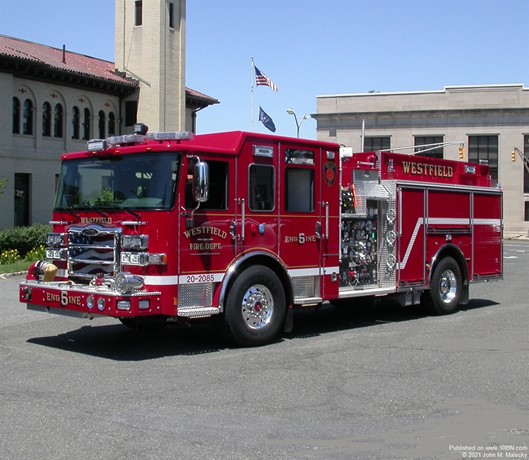 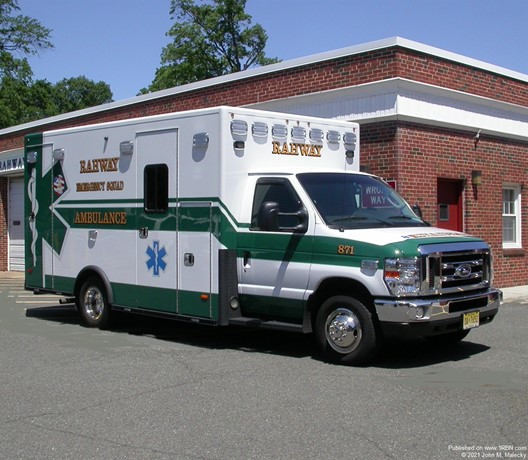 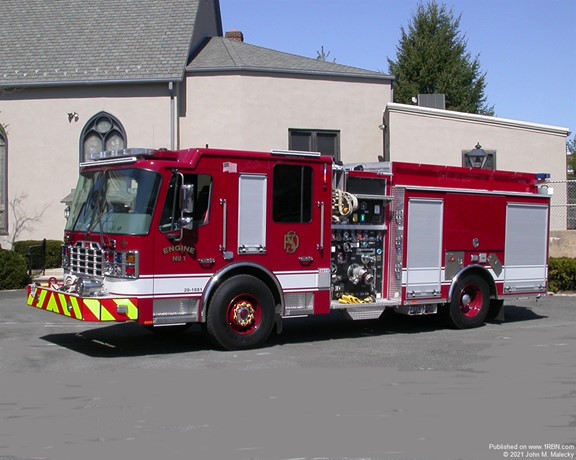 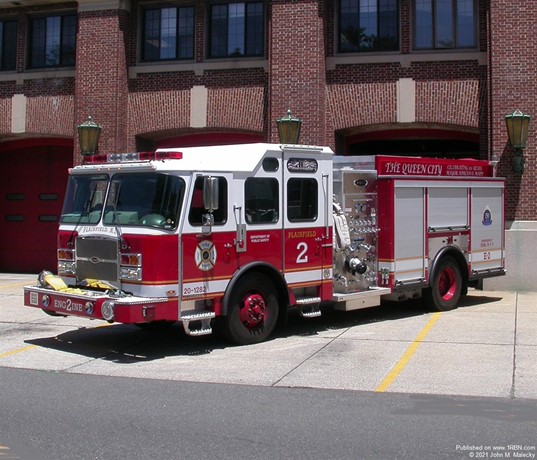 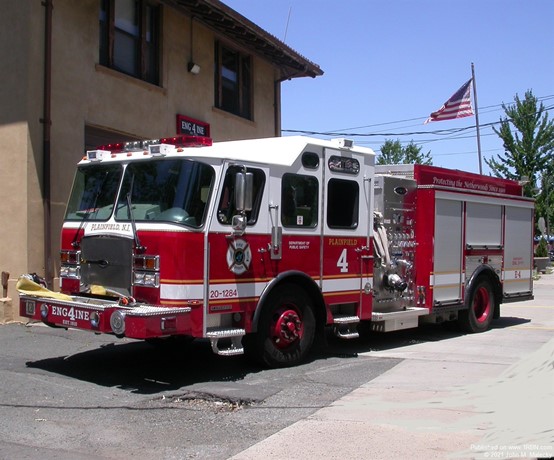 
This month we visit Union County for some updates. The fire departments within the county have since taken deliveries of newer vehicles, but at the time of this writing they were either not delivered yet or delivered but not yet in service. Of the rigs shown are a stock Pierce Arrow XT pumper for Engine 3 in Union Township. As a point of trivia, there is another Union Township in our state. It is in Hunterdon County and is protected by the Pattenburg VFD. Next we have a Pierce Velocity PUC pumper for Engine 2 in Springfield Township. Appearance wise it is identical to their Engine 1. Westfield Engine 5 is also a Pierce and is solid red, whereas their last Pierce pumper is white over red. Both are Enforcer models. The Rahway Emergency Squad A-871 is a P.L. Custom Type III. The squad is stationed behind Robert Wood Johnson Rahway Hospital. Summit placed in service a Ferrara Cinder pumper. It is their second Ferrara following their mid-mount platform. The last two are E-ONE Typhoon pumpers in the City of Plainfield. All of the three first line engines in Plainfield are now E-ONE.

Absolute Fire Protection has received an order from the Edgewater FD (Bergen County) for an E-ONE Typhoon CR100 ladder truck with pump but no water tank. They are prepping two Typhoon pumpers for Lodi (also Bergen County).

Emergency Equipment Sales & Service has received an order from the Glendora FC in Gloucester Township (Camden County) for an HME/Ahrens Fox MINIEVO minipumper on a Ford F-550, 4x4 chassis. Specs include a stainless steel body, Hale 1500-GPM pump, 500-gallon water tank, custom hose bed and pump configuration and Fire Tech LED lighting. They are prepping four Type II BLS transport ambulances from FR Conversions on Dodge RAM Pro Master chassis. Specs and features include all aluminum custom cabinetry, complete LED lighting package and EESS supplied and installed Stryker Performance, PRO stretcher with Performance Load retention systems. These are for KQT Health of which some of their locations are in NJ. They also received an add-on order for eight additional units. They are prepping the first units of the four truck Excellance Type III ambulance order for Gloucester County EMS and have received an order for four additional add-on units with similar specs including 100% welded aluminum, roll cage designed body construction with ZERO wood, adhesives or tapes in the construction of the module or cabinetry.