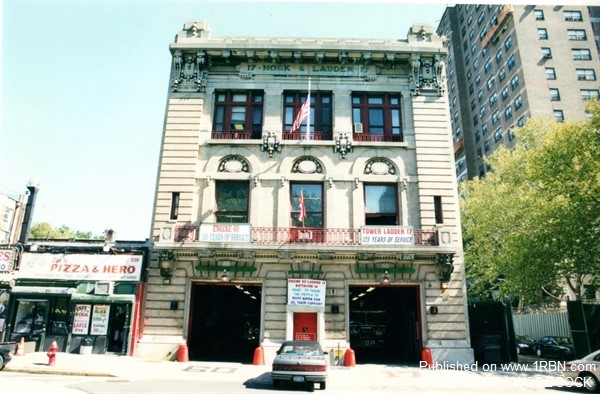 When people think of the Bronx, the prevailing thoughts are usually Little Italy or the Bronx Zoo. They rarely think of the south Bronx and if they do, it's only because of its rough and bad reputation. As with all New York City neighborhoods, it was Italian, German and Irish immigrants that settled here by the end of the 19th century.

Originally named after Jordan Mott, who owned the Mott iron works in 1849, parts of the neighborhood quickly became upper middle class residential areas, with brownstones and elaborate private dwellings along Alexander Avenue. By 1900, Alexander Avenue was also known as the "Irish Fifth Avenue" for its “doctors row," while Wills Avenue would be known as “judges row."

During a ten-year span in the late 40’s to late 50’s, a parade on Easter Sunday was held by veterans of the Irish Republican Army, supported by the fact that there were more bars and musicians living in Mott Haven then any other place besides Ireland itself. By the late 1960’s, poverty overspread throughout the area as well as many other places in both the south and central Bronx, leading to the phenomenon known as “white flight." By the 1970's, the wave of crime, arson and civil unrest either damaged or destroyed most of the neighborhoods.

Despite this, the area known as the "Irish Fifth Avenue" and "doctors row" was spared. It reached landmark status for the rows of brownstones along Alexander Avenues, between 138th and 141st streets. It was added to the register of historic places in 1980, along with Saint Jerome’s Roman Catholic and Saint Ann’s Episcopal Churches for their design and beauty.

Today’s population stands around 70,000, consisting mostly of Latinos along with many Dominicans who migrate from Manhattan’s Washington Heights due to the skyrocketing costs of rent. Mott Haven is also home to the green berets, 60-engine, 17-truck and the 14th battalion on 143rd street. The firehouse was built in 1906 and has been listed as a city historic landmark.

There are several theories regarding how and why the wearing of the green berets started, starting with back in 1970. It's said that the mother-in-law of one of the members of the truck had knitted the berets and presented them to the members to wear during the Saint Patrick’s Day parade that year, perhaps in tribute to the men serving in the Vietnam War.

At that time, uniform code was pretty strict and wearing of the berets was not allowed. After the parade, the members put them on and it was widely accepted. In the years following, they would do the same. Then in 1975, the commissioner allowed the men to march with the berets. In 1978, the department order was signed by commissioner Augustus Beekman for the official Green Beret platoon.

This tradition would continue uninterrupted until the mid 2000’s, when a certain Mayor (who shall remain nameless), decided that they would no longer be allowed to wear the berets for unknown reasons. Thankfully, the tradition has recently been restored and members now march wearing their green berets again.

Engine-60 and Truck-17 have enjoyed a proud history and reputation, not only in the Bronx, but also city-wide. When you mention these two companies, they are well known and respected. Numerous medal recipients and multiple unit citations have been bestowed upon both companies during their illustrious history.