The Many Uses of Paterson's "RAC Unit" 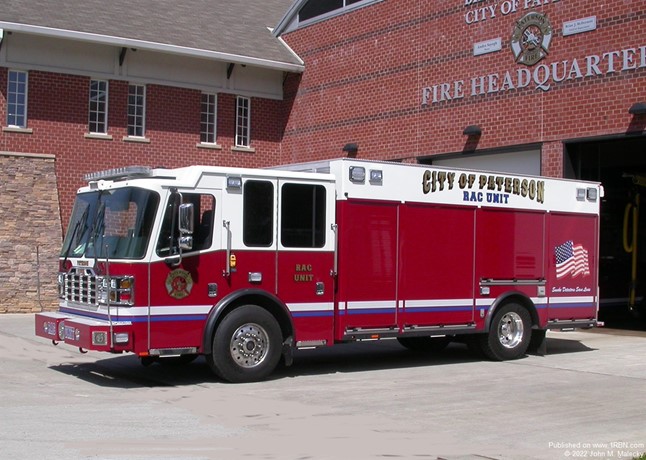 Photo by John M. MaleckyPaterson "RAC UNIT", 2022 Ferrara Cinder. Read about its many uses. It was sold by Firefighter One. 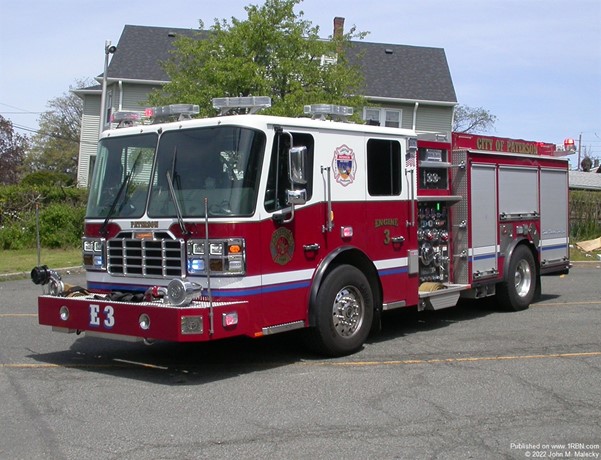 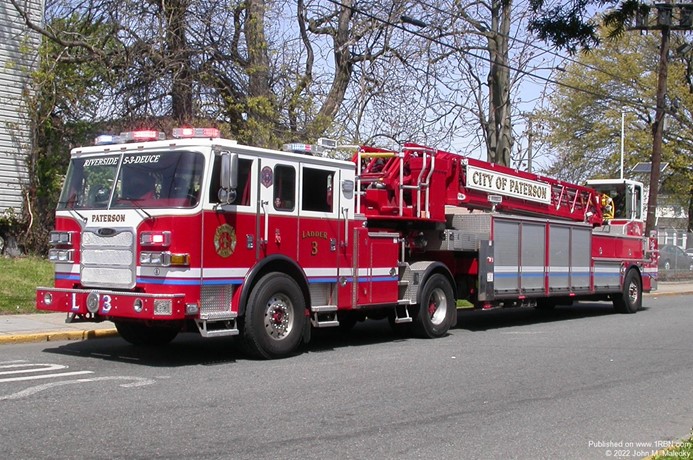 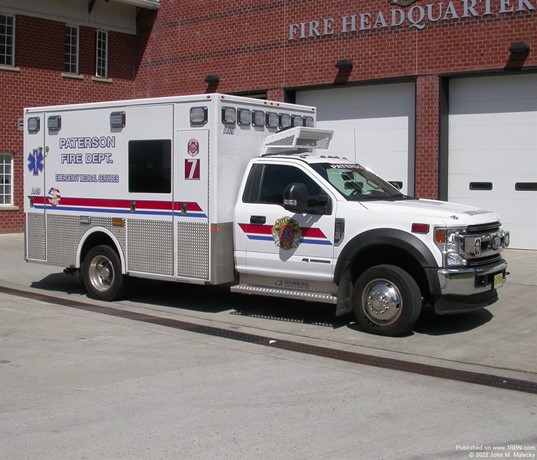 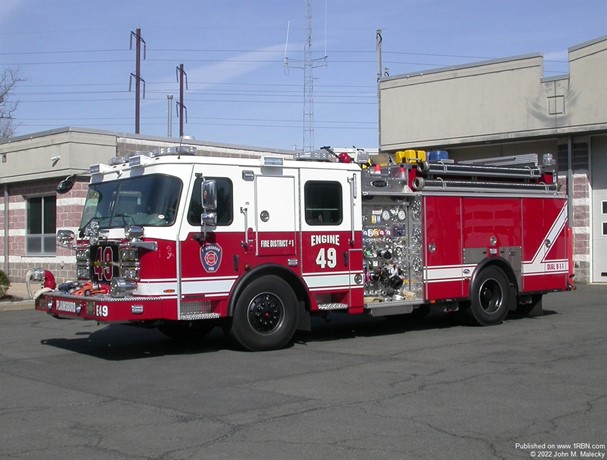 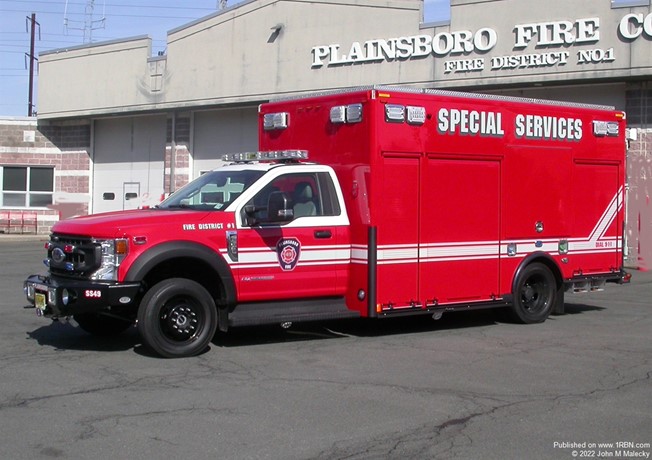 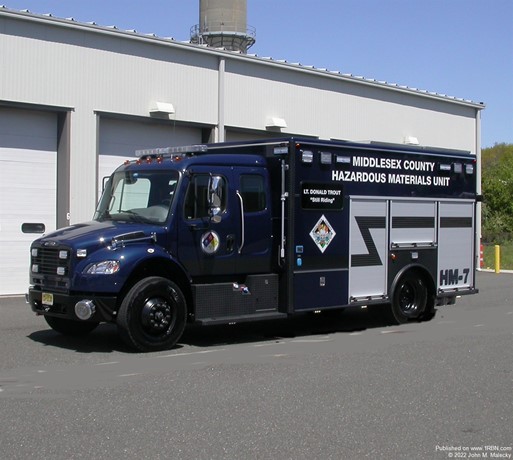 APPARATUS OF THE MONTH
By john M. Malecky July, 2022

THE MANY USES OF PATERSON’S “RAC UNIT”

This month’s headline was supposed to be different until information about Paterson’s RAC Unit became available. This truck essentially replaces a 2005 Pierce Saber air supply unit, which was one of several purchased by the state for the Urban Areas Security Initiative (UASI) program. These trucks were distributed to counties. I do not know how many are left, but at least two I know of have seen their day responding to countless runs for service and are out of service. In Paterson, their 2022 Ferrara Cinder truck has taken over. We have reports from both Firefighter One and the Chief of the Paterson FD to fill you in on the makeup and responsibility of the vehicle. The name “RAC” started in New York City who runs six trucks to use as places of rest for heavily worked firefighters at scenes of fires and emergencies. In New York the name stands for “Recuperation and Care.” In Paterson, Chief McDermott good-naturedly stated that their Ferrara should be called the “RAAAC Unit”, as well as “arson” and “air” too. The Rehab part includes coolers with water and Gatorade on ice, folding chairs, misters, tents and wipes. Accountability: a large rolling command board, tag collection, and each apparatus has a tag hook on the outside of their rig. Air: on board air making system and five booster tanks. It can fill up to 5500 psi in the blast chamber. There is a separate blast chamber and fittings for SCUBA. It carries 5500 and 4500 psi cylinders as well as MSA cylinders. It is also a tech rescue support unit with an air cart, two Scott SKA PAKS, 600-feet of air line and 300-feet of high pressure air line. All are tested quarterly. Arson: a cache of arson investigation equipment including camera, high intensity LED battery operated scene lights, cordless tools, hand tools, shovels, tool belts, battery vent fan, etc. It also has a drone for arson investigation, river search, Search & Rescue or whatever else it may be needed for. There is also a Suburban assigned as RAC Support for arson follow-up. It also has basic investigation tools and lighting plus a high end camera. Communications: There are several APX 8000 multi-band radios to make it more versatile. It will have extra radios and batteries that are being installed, as well as a mobile repeater and mobile recorder for simplex fireground channels that do not hit the repeater. These also ensure the Dispatch stays on incident time keeping progress reports. There is also an MCI kit for NIMS decentralization. Staffing is heavily reliant on current manpower. Ideally it would have a Captain Safety Officer, FF Accountability Officer, FF Field Incident Technician/Air, and FF/CFI. Arson Investigator: It works closely with Car 9, EMS Captain, Rehab Officer who manages personnel in rehab area at fire scenes. On Scene Ambulance: Rehab Staff and setup who setup a triage area then setup a rehab tent, cooler and chairs from the RAC Unit. Much of this equipment is being moved to Car 9, a 2021 Ford F-150 SSV which will be getting re-lettered and custom rollout cabinets will be installed in the rear. The RIC Team works closely with the RACV Captain and Accountability to note hazards, ladder placement and firefighter locations. Overall, it is a compliance and safety company. From Firefighter One, the apparatus dealer, it is a medium four door chassis with a 450 hp Cummins L9 diesel engine, Whelen scene lighting, FRC InView 360 camera system, Onan Protec YD-40 PTO driven generator (to power the PFD’s existing air compresssor), custom aluminum body designed to hold PFD’s existing breathing air compressor and fill stations, compartments forward and over rear wheels which are all transverse, custom roof top compartments designed to hold and provide access to eight (8) ASME breathing air storage cylinders and a rear mounted Girard G-2000 electric awning. In other Paterson photos there is Engine 3, a Ferrara Cinder pumper, their second. There are five more on order which will mean that all first line engine companies will have Ferrara’s. Also Ladder 3, a Pierce Arrow XT tiller. It is their only in service tiller, the other two ladder companies having a mid-mount platform each, and their newest ambulance, a Demers Type 1. On the ambulance are two numbers. The EMS number is the unit and the “A” number is the number of the ambulance since the FD took over emergency ambulance service in November of 1970. I remember meeting with the deputy chief in charge who explained that the four units at the time were manned by off-duty firefighters. The ambulances were Ford Econoline Type II units converted by Superior, an ambulance builder. One thing that sticks out in my mind is that these ambulances were not to exceed 20 mph in their responses. No, this is not a typo! The ambulance featured here is A-49 so there were 48 others since 1970. Leaving Paterson we have two vehicles from Plainsboro of Middlesex County. One is their newest pumper, an E-ONE Typhoon and the other a Ford/Rescue 1 special service support truck which also responds to water rescue calls. Finally remaining in Middlesex County is their hazmat unit, a Freightliner/EVI. In the last column we described two hazmat trucks, but one is actually a medical unit which is part of the county health department, not hazmat.

In dealer news, Firefighter One has received the following Ferrara orders: for Mahwah (Bergen County), a 2500-gallon tanker on an Inferno LFD chassis with 10-inch raised roof cab. Powered by a Cummins X15, 605 hp diesel engine, it will have a Hale Qmax-XS 2000-GPM pump and 75-gallon foam cell. For the Anglesea FC in North Wildwood (Cape May County), an HD77 heavy duty aerial on a Cinder LFD chassis. It will have a 1750-GPM Hale Qmax pump, 500-gallon water tank and 123-feet of ground ladders. For Budd Lake in Mt. Olive Township (Morris County), a pumper on a Cinder MFD chassis with a 1500-GPM Waterous CSU pump, Waterous Eclipse CAFS system and 750-gallon water tank. They have delivered to North Wildwood a pumper on a Cinder XMFD chassis with an eight-inch raised roof cab. It has a Hale Qmax 1750-GPM pump, 750-gallon water tank and heavy duty extruded aluminum rescue body with full height compartments on both sides.

VCI Emergency Vehicle Specialists has delivered two Horton ambulances on Ford E-450 chassis. One is a Model 553A to the Montgomery EMS in Belle Mead (Somerset County), and the other a Model 553 to the Madison VAC in in Morris County.