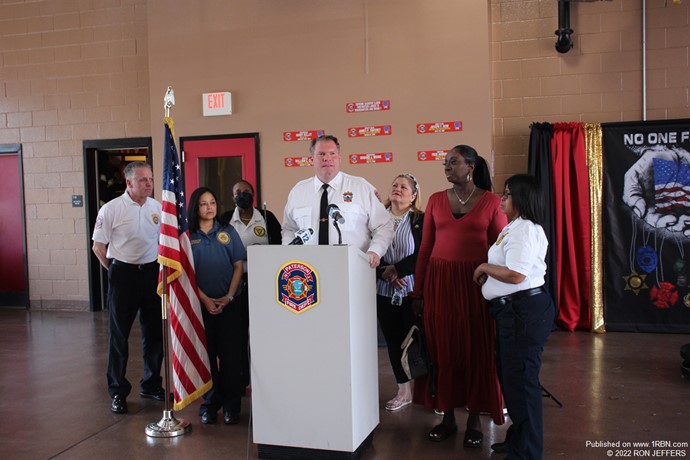 “They are the first-line of communications,” Mayor Sayegh said. “The types of calls they receive on a daily basis are not easy situations to navigate.”

Dispatchers keep calm in the hectic situations and equally share with other first responders in saving lives, officials noted. The Paterson operators handle an average of 250,000 calls annually, in a city of 150,000 residents.

“We pride on taking care of the citizens and residents of the City of Paterson, as well as our men and women that are out there fighting for us every single day, and fighting for you,” said Letitia Howe, Chief Operator of the Office of Emergency Management.

“You have to love it...get reward from what you do,” said Marilyn Watkins, Director of Central Dispatch.

In one recent case, fellow dispatchers described how P.S.T. Alex Muaro kept a man on the phone for some 40 minutes, who threatened to jump from a four-story building ledge, trying to calm him down, until he was rescued by police.

“I want these dispatchers to be respected like police and firefighters,” Chief McDermott added. “They are first responders.”

During the ceremony, Operator Joyce Pierce was honored posthumously for her 26-years of dedicated service to the city. Pierce recently passed away.

Director Watkins baked numerous cupcakes for the ceremony, possessing several expressions on the tops of the cakes. A labor of love. Her favorite was: “Tell me your worst...and I'll send the best.”