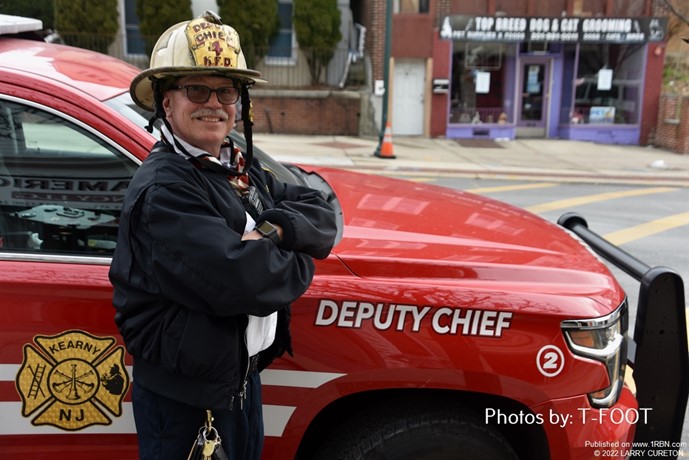 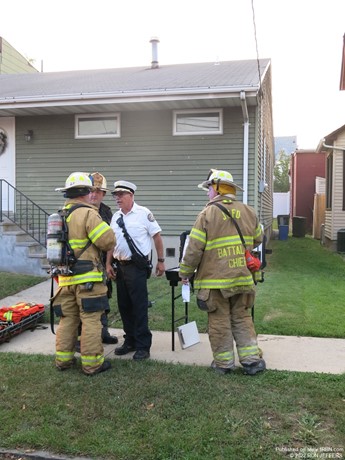 Photo by RON JEFFERSDeputy Chief Osborn (center), as the I.C., at one of his last multiple-alarm fires, on Beech Street, September 12th.

After serving the town of Kearny, and dedicating a good portion of his life to the Fire Department, Deputy Chief Robert “Ozzie” Osborn has retired.

On January 25th, the Kearny Avenue firehouse was filled with local and area firefighters, family members and friends to wish the well respected chief a long and healthy retirement.

As a member of FEMA's New Jersey Task Force 1, he was part of the elite team that responded to areas that suffered a national disaster, like Hurricanes Katrina and Harvey, to assist those in need.

At his retirement celebration, Chief of Department Joe Mastandrea presented Osborn with a current roster of the KFD members that he worked with. In addition, Chief Mastandrea located a roster from the era when Chief Osborn was hired, which he also received.

Deputy Chief Osborn was dedicated to his job and the safety of firefighters and residents. Drills with fellow firefighters were part of his dedication. According to “The Observer,” after a fire was extinguished, D.C. Osborn was known to bring journalists inside the effected building to observe the damage in order for them to better understand how a fire started and spread.