Why Isn't it Okay to be a Fit Firefighter? 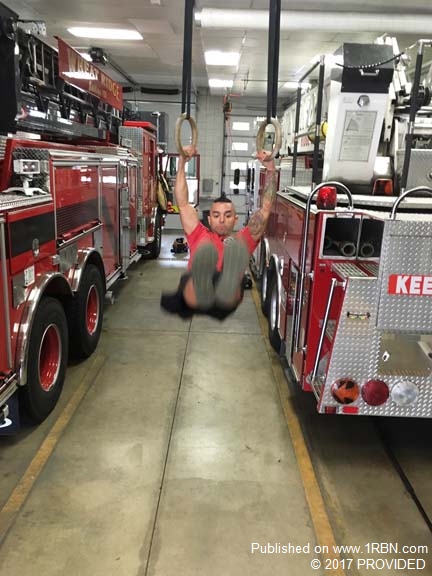 It seems almost silly that I’m writing this article. It actually seems like a great waste of time that it even has to be written. However, my inbox continues to fill with questions about why it’s so hard to convince other members of their departments that being fit is really a good thing. It’s almost unreal that in our society we are still convincing people that being fit is good; that our bodies weren’t made to carry hundreds of extra pounds, or that our joints and muscles need to be utilized and trained to work well, or that our organs can only work with our help. Oh and by the way, all of that applies to firefighters' bodies too. We don’t get a “service” discount on that one.

As firefighters, why do we create these stigmas when it comes to fitness within our service, and why do we allow them to continue? I suppose it depends on how you look at the bigger picture because about 30-years ago, we wore hip boots and long coats. At that time, anyone who wore bunker pants was wrong. Same with Self Contained Breathing Apparatus. I think we can all agree that the level of protection bunker pants provides is far superior to that of hip boots. Wearing your SCBA is much better than eating smoke. In the end, bunker pants are good and so are SCBAs. So, maybe fitness is just as good...maybe even a better thing for the fire service than bunker pants and SCBAs.

In part-one of this two part series, I plan to point out some of the common pitfalls that seem to plague the fire service when it comes to fitness and in part-two, I plan to address some ways to overcome them.

Let’s start off with the biggest one of all. Fitness standards will be used as a way to discipline or even replace firefighters, further discouraging people from volunteering. It’s very possible that if a department established a mandatory health and wellness program, a person who refuses to participate could be removed from that department. Why anyone would refuse is a mystery to me. It’s a proven fact that participating in a health and wellness program sponsored by your employer is a benefit to the employee, not to mention you'd also have an added benefit, called living a better life. The statement above also applies on the volunteer end; but, if you have an established health and wellness plan, do you really want a person to volunteer who doesn’t want to be a part of it? Our Line-of-Duty-Death numbers should answer that question for you...

A firefighter fitness "hater line" that I just can’t seem to wrap my head around is when someone says "you shouldn’t workout on-duty, or at the firehouse because you might be “tired” from working out when a reported fire comes, impairing your ability to respond." In that case, I suppose we should never stretch lines, or put up the ladder, or do any form of training while on-duty because what if a reported fire comes in and we’re tired? It makes no sense to me at all. We are not “working out” at work. We are training our bodies to do our job. We just have to be smart enough to not deplete our entire tank, same as how we watch the air gauge in our masks while entering a commercial structure.

In part-two of this series, I will better explain how to create a fitness culture within your department and trust me, the "quick-fix" haters won’t like this one either simply because it won’t cost $29.99, nor provide free shipping, nor promise you the ultimate weight loss or fitness solution specifically designed and doctor approved for firefighters.