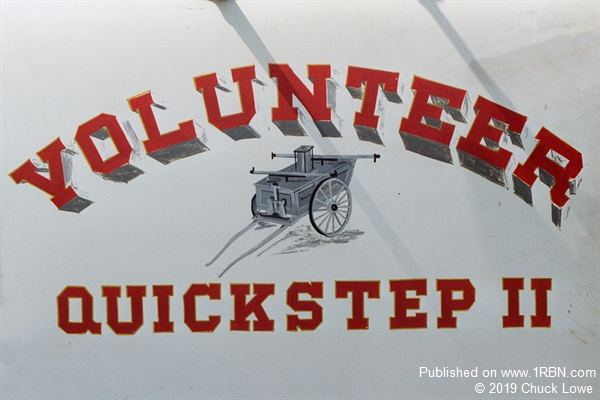 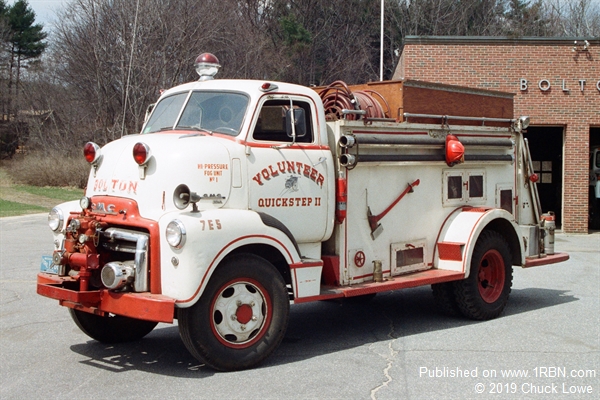 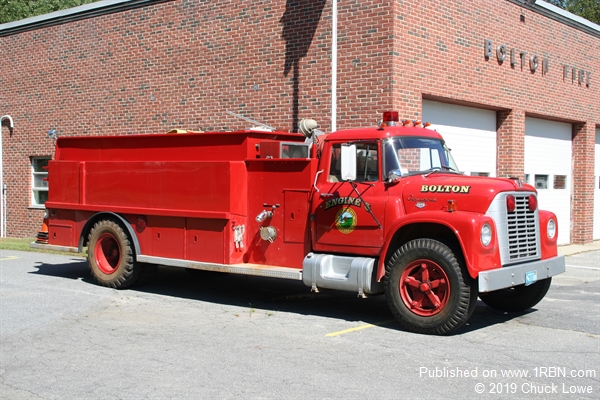 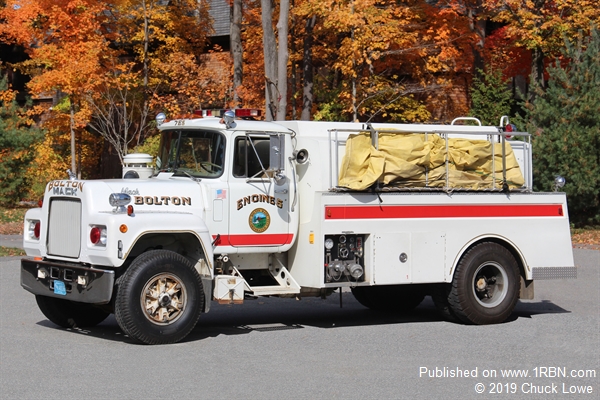 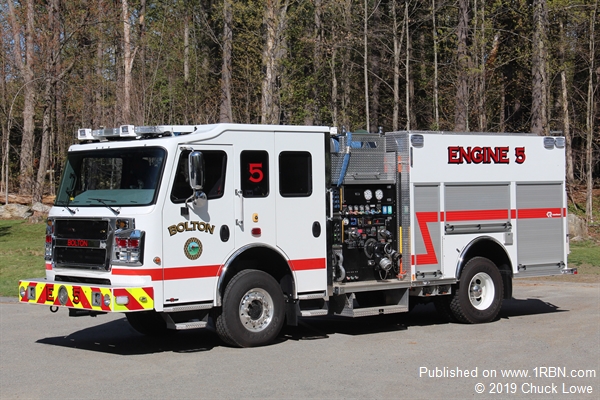 Over the past 70 years the Bolton FD has operated some interesting apparatus as Engine 5. In 1949, an odd looking GMC 350-GPM pumper held this designation along with "Quickstep II" markings. That apparatus served several decades and was eventually replaced by a 1973 International that was rated at 1000-GPM. This truck was red, leading most to believe that it was second-hand from another agency. It held 1000-gallons of water.

Years later, a 1981 Mack-R 2100-gallon tanker that was built by Moody became Engine 5. This truck was originally BFD Engine 3, but it became Engine 5 when a newer tanker arrived in 2007. The '81 Mack remained active until replaced by a 2016 Rosenbauer Commander 4x4.