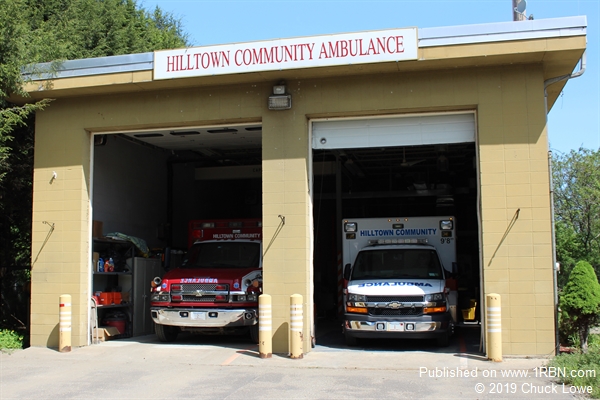 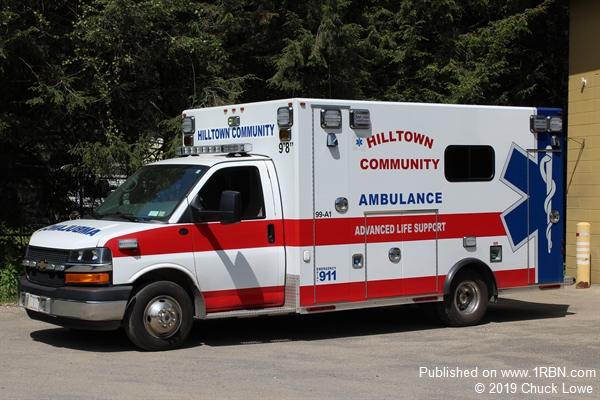 Hilltown Community Ambulance Service is a non-profit public safety organization. They are staffed 24 hours a day by EMTs and Paramedics to serve the towns of Huntington, Blandford, Chester, Montgomery, Russell and Worthington. In 2018 they responded to 688 calls for service, with 86% of these incidents receiving an ALS response. HCAS recently acquired a used 2013 Chevrolet G4500/Osage that saw prior service in New Jersey. Their second out unit is a 2007 Chevrolet C4500/Horton acquired two years ago from Northampton FD.