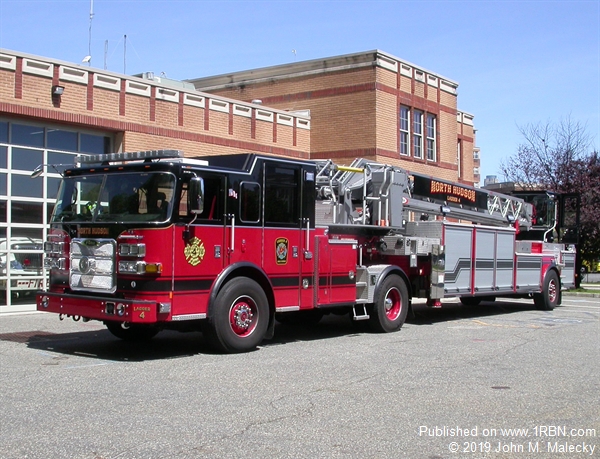 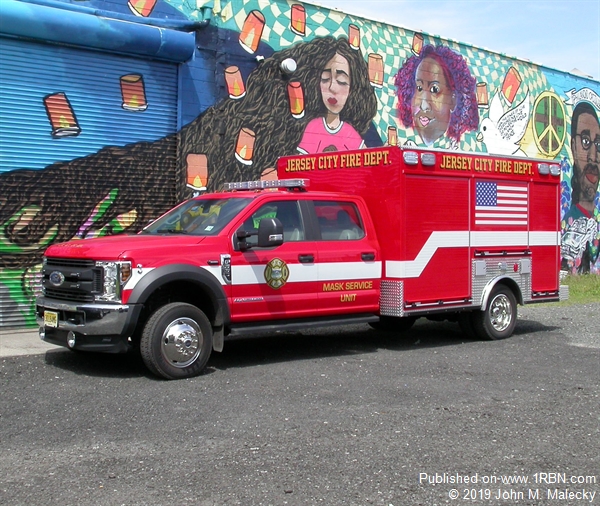 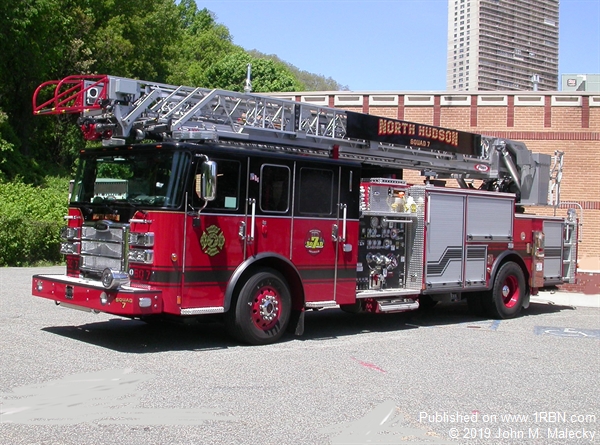 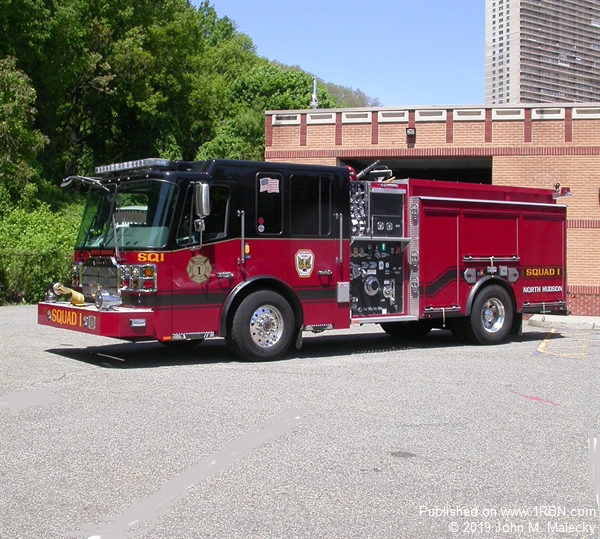 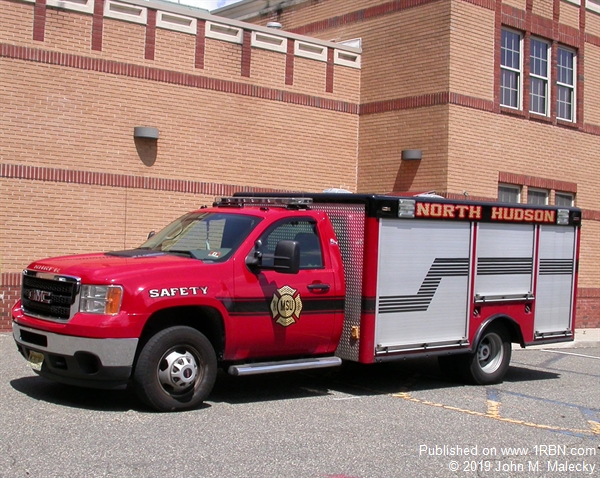 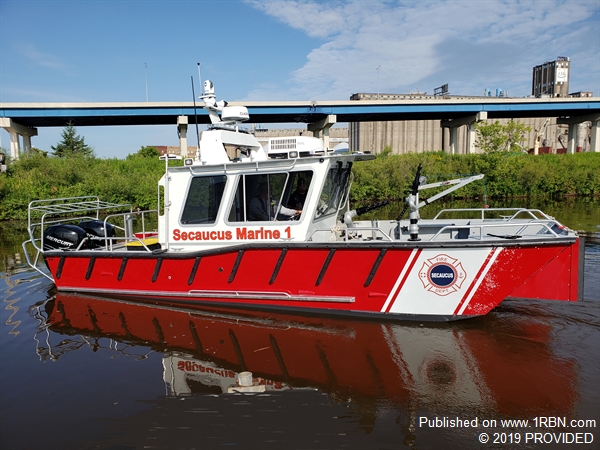 
I know it was just a short time ago that a lineup from Hudson County was featured in this column, but there were others that we did not have room for so we are taking up the slack and showing them here. The North Hudson Regional Fire Rescue (which protects North Bergen, Union City, Weehawken, West New York and Guttenburg), have the most vehicles shown here. There is a Ferrara Cinder rescue pumper, a Pierce 100-foot rear-mount quint assigned as Squad 7 but running as Ladder 3 as the regular piece is out of service, a Pierce 100-foot tractor-drawn aerial, and a GMC/Cliffside Body vehicle assigned to the safety officer and doubling as an MSU. It has a four bottle air cascade system and 42 spare SCBA cylinders. Filling out the photos is the Jersey City MSU which is a Ford/FPG (First Priority Group), which has an eight bottle air cascade system, Sierra Booster, 7.5 kw generator and carries 66 spare 30-minute SCBA cylinders and six one-hour spare SCBA cylinders, the new Bayonne Engine 4, a Spartan ER Metro Star pumper reported on in the last column, and the new Secaucus Marine 1. See the details about it in the Campbell Supply report at the end of this column.

Firefighter One reports that the Paterson rescue, a Ferrara Igniter with extruded aluminum body, was delivered and is now in service. Other Ferrara deliveries include a Cinder pumper with Hale Qtwo 1500-GPM pump, side-mount panel, 500-gallon water tank and extruded aluminum body to Paterson (Passaic County). Ridgewood (Bergen County) received a heavy rescue on a Cinder chassis and has an extruded Aluminum body, and the Budd Lake FD in Mt. Olive Township (Morris County) received a heavy rescue on an Ultra chassis. It has an extruded aluminum body, Waterous CSU, 1500-GPM pump with side-mount panel, 500-gallon water tank and Foam Pro 2001 system. Three McCoy Miller ambulances were delivered; a Type III to the Wildwood Crest EMS (Cape May County), and two Type II’s to University Hospital in Newark (Essex County).