Some Trucks from Morris and Ocean Counties 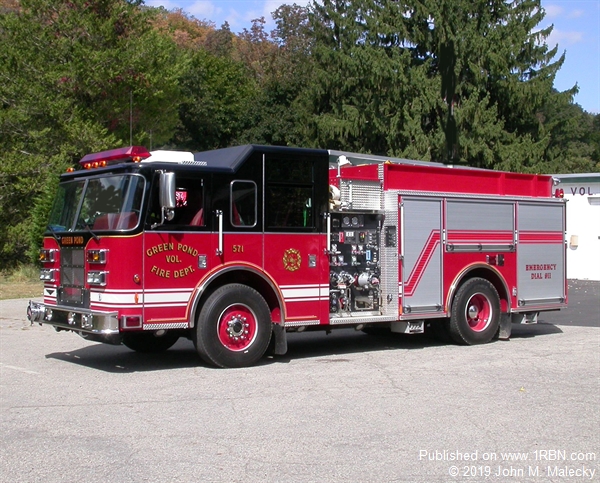 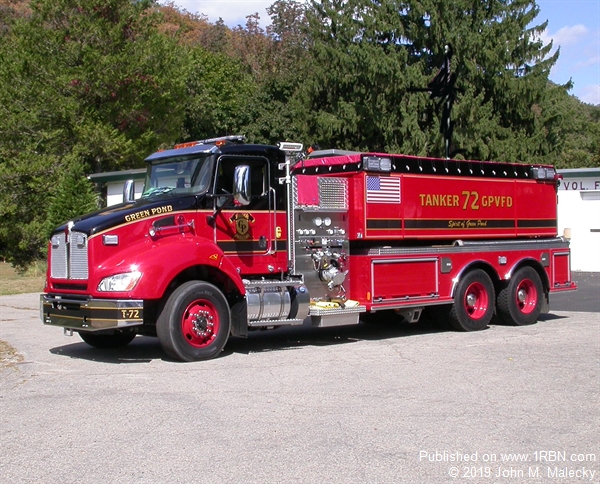 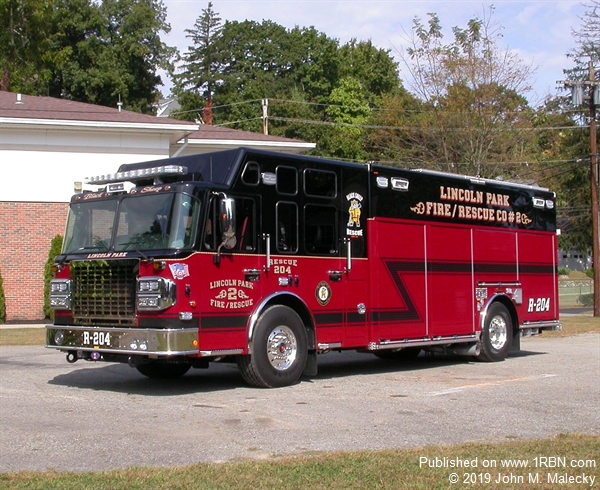 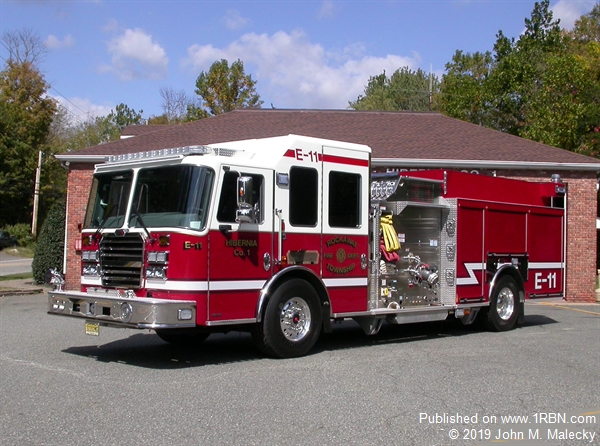 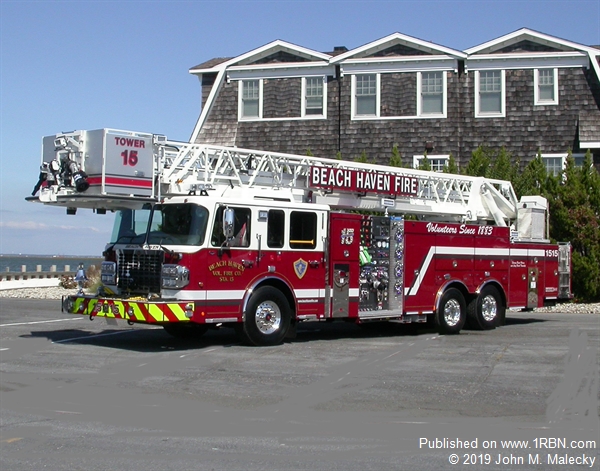 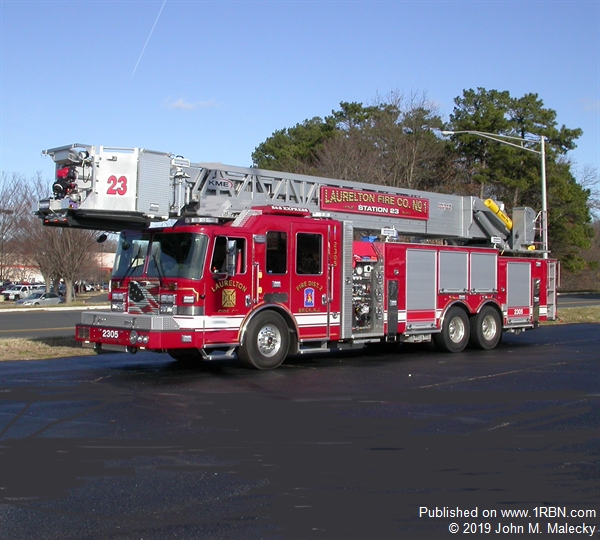 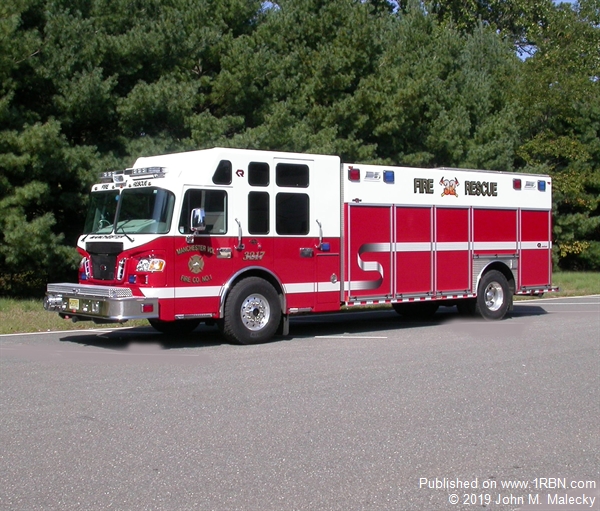 SOME TRUCKS FROM MORRIS AND OCEAN COUNTIES

Featured in Morris County is one rescue truck from Lincoln Park and three apparatus from Rockaway Township, namely Green Pond and Hibernia. Green Pond is a corporation of over 400-acres and has a lake community within it. The volunteer fire department was started in 1974 with used apparatus, but the current apparatus was purchased new. There is also a separate first aid squad with one ambulance, which is housed at one end of the fire station. Green Pond E-71 is a 2006 Pierce Contender. The Contender when first introduced was an entry level model available in both custom and commercial chassis. The next model up was the Saber, available in custom chassis. As time went on, the Contender model was discontinued and the Saber now is the entry level platform. The commercial Contender model was also discontinued, but Pierce apparatus is still available with commercial chassis. Green Pond Tender 71 is a Fouts Brothers, a brand that is not common in our state. Fouts started out building tankers using commercial tractors. There is no dealer in the state, as they sell factory direct. This tender has an Elkhart Stinger deck gun, an AH Stock, Newton 12-inch dump valve with a swivel and a 3,000-gallon Fol-da-Tank. The Hibernia Fire Company placed in service in 2018 a KME Panther pumper (Engine 11).

In Ocean County, the Beach Haven Fire Company, located in the southern part of Long Beach Island, replaced a 1992 Pierce Arrow 85-foot Snorkel quint with a 2019 Spartan ER rear-mount platform quint, essentially going from a rear-mounted platform to a front-mount platform. It has a Gladiator LFD chassis 515 hp diesel engine, Waterous CSU, 2250-GPM pump, UPF 400-gallon water tank, two TFT Monsoon monitors and a FLIR camera on the platform. It has no generator. Next is from Manchester FC.1 and is Rescue 3217, a 2009 Spartan Gladiator Evolution/Rosenbauer/Central with a 300-GPM pump, 300-gallon water tank, 20-gallon foam tank, 30 kw generator and a 9,000-pound portable winch. Finally, the Laurelton FC in Brick has T-2305, a 2017 KME Predator, 2000/300 with a 102-foot tower and a 10 kw generator.

In dealer news, Firefighter One reports that Ferrara Fire Apparatus is completing a Cinder pumper for Frankford (Sussex County), and in production is an Ultra heavy rescue for the City of Wildwood (Cape May County). They also have delivered five McCoy Miller Type 1 ambulances to St. Clare’s.

New Jersey Emergency Vehicles has made two P.L. Custom Medallion Type III ambulance deliveries. One was to Atlantic Health and the other to the Borough of Edgewater in Bergen County. They are on Ford E-450 chassis. Also, the City of Elizabeth Fire department EMS (Union County) received two P.L. Custom Classic Type 1 ambulances on Ford f-550 chassis.

Absolute Fire Protection reports that they have delivered an E-ONE Typhoon stainless steel rescue pumper with right side pump controls to Stanhope (Sussex County), and a Typhoon stainless steel CAFS eMax pumper to the Holland FC in Holland Township (Hunterdon County). They are prepping for Plainfield (Union County) a Typhoon low hose bed pumper for Engine 3. They have received an order from the Community FC in Middletown Township (Monmouth County) and the Port Reading FC in Woodbridge Township (Middlesex County) for a Typhoon rescue pumper each.

In other news, Mullica Township (Atlantic County) has purchased West Atlantic City’s 1997 KME pumper with 55-foot FireStix waterway. It has a 1250-GPM pump and 600-gallon water tank. It is expected to be assigned to the Nesco fire station.