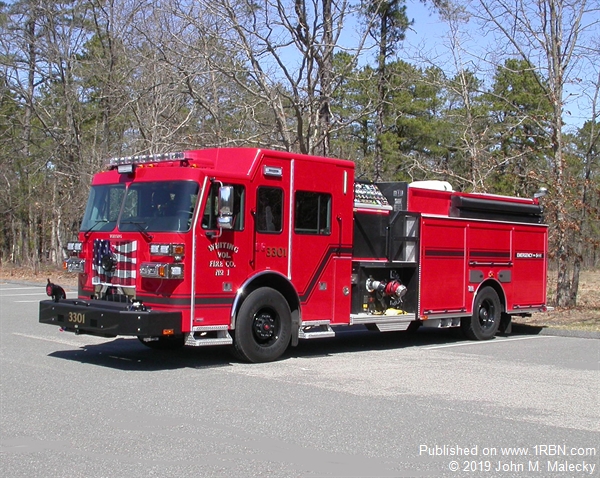 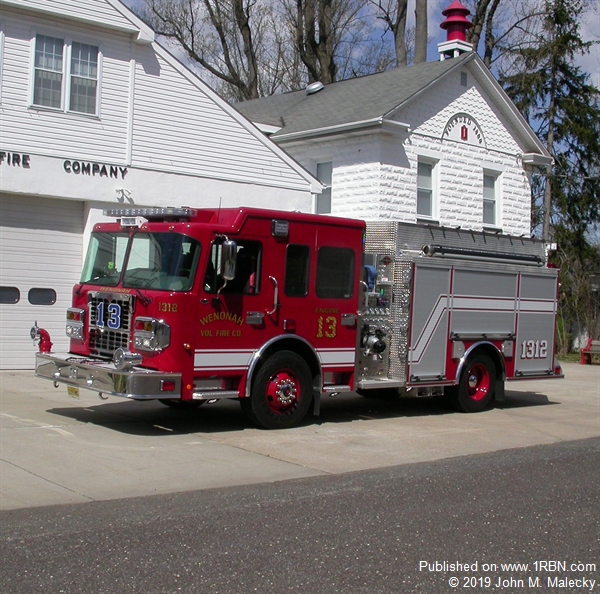 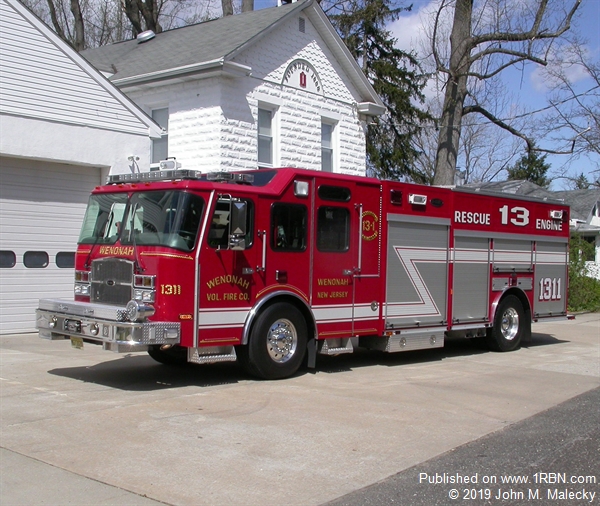 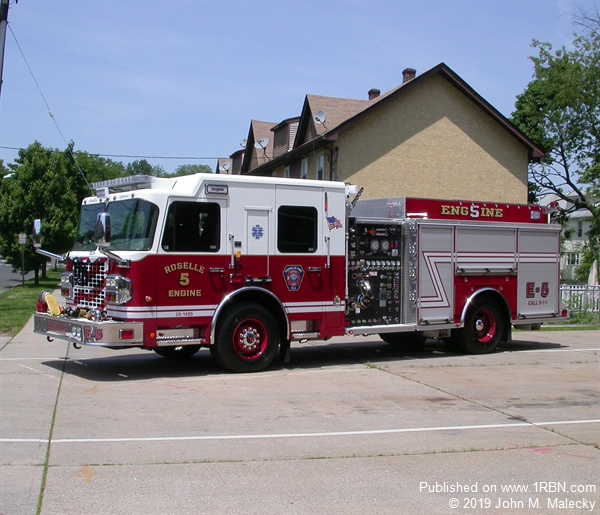 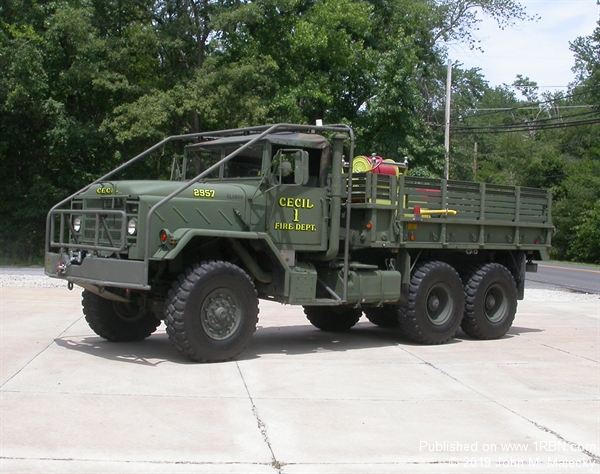 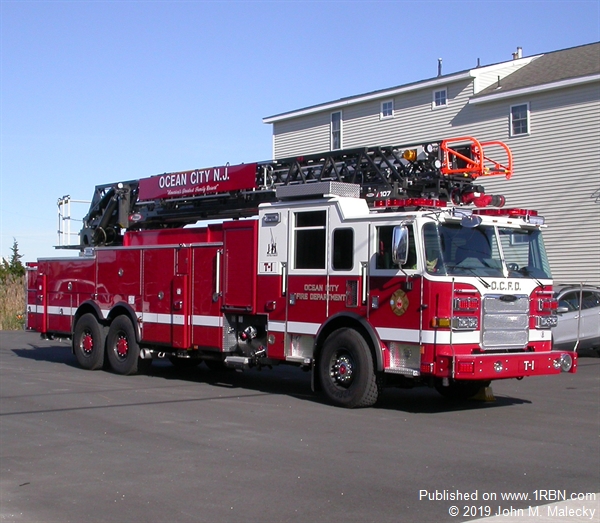 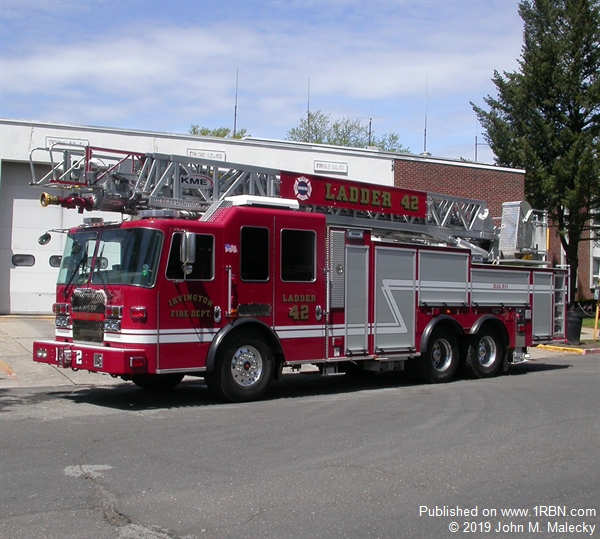 Photo by John M. MaleckyIrvington L-2, 2018 KME Predator 103-foot aerial. It has a 6 kw generator and was sold by First Priority Emergency Vehicles.

In Ocean County, the Whiting Fire Company in Manchester Township placed into service a Sutphen pumper with a top-mount/side-mount pump panel. It is the second one in the township, the first being another Sutphen in Ridgeway. The photo is not as clear with this new pumper because the area is painted black. The engineer stands elevated but faces to one side of the vehicle instead of towards the hose bed like standard top-mounts. Cliffwood in Aberdeen Township has an older Sutphen pumper with this style pump panel arrangement. Manchester actually looked at the Cliffwood engine prior to ordering their pumpers. This style pump panel is also available on other make pumpers.

The first time I saw this arrangement was at the New York State Chiefs Conference when it was in the Catskill Mountains in New York many years ago, and it was an older FWD pumper that had it as part of a rebuild.

Other apparatus featured this month is a new Spartan ER pumper for Wenonah in Camden County and an extended bodied E-ONE rescue pumper, which essentially makes up the borough’s firefighting force. Another Spartan ER is Engine 1 in Roselle (Union County), which has the same specs as their Engine 5. Cecil Fire Company’s brush truck is featured (Gloucester County), along with Ocean City’s 107-foot Pierce Ascendant aerial. This truck has no generator, which seems to be the case with many new apparatus. One Essex County apparatus is featured this month also. It is Irvington’s KME Ladder 2.

In dealer news, New Jersey Emergency Vehicles has delivered the first of two crew carriers for the Urban Search and Rescue Team. It is mounted on a Freightliner M2, 106 chassis and has a 16-foot three-inch rescue style walk-in body. Photos will be forthcoming.

Fire & Safety Services reports the following Pierce deliveries: an Enforcer rescue pumper to the Liberty Corner FC in Bernards Township (Somerset County), an Enforcer heavy duty rescue with non-walk-in body to Woodland Park (Passaic County), and an Enforcer pumper to the Independent FC in East Brunswick Township (Middlesex County). On order is an Impel PUC pumper for the Cinnaminson FD in Burlington County.