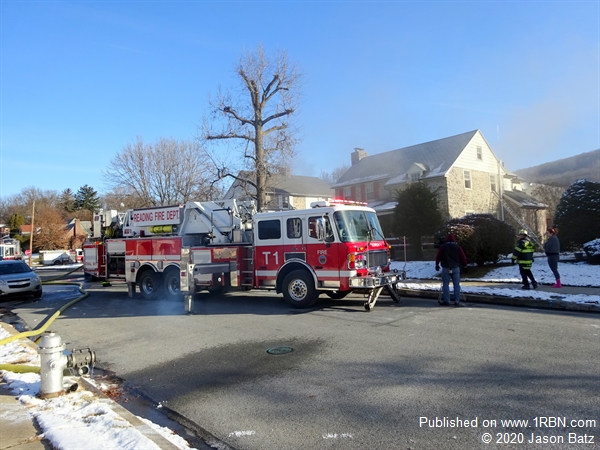 Photo by Jason BatzFirefighters in Reading were sent to this home on Olive St. for a basement fire. 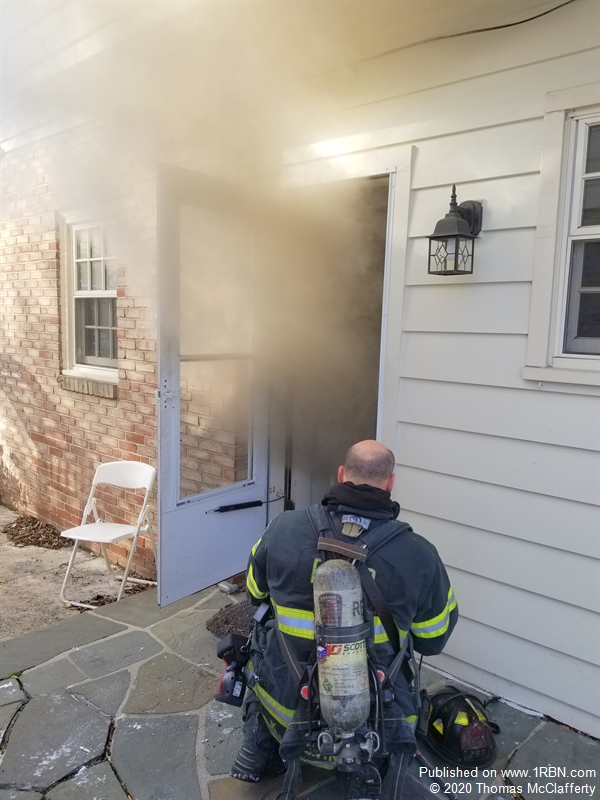 Photo by Thomas McClaffertyReading FF Kenneth Licwinko masks-up before entering the dwelling, where crews quickly knocked down a basement fire and rescued a cat.

Reading, PA - On the cold morning of January 9th, the Berks County Department of Emergency Services received a call from 1318 Olive Street reporting a fire in their basement. Box Alarm 0902 was transmitted while the call takers advised the occupants to flee from the burning home.

Engine 9 arrived with smoke showing from a two-story, single-family dwelling. Firefighters stretched a hose line into the dwelling and located a fire in the basement. The occupants advised the firefighters that all had made it outside with the exception of a cat. Crews searched the building and located the feline, which was given oxygen via "PET" mask and successfully revived.

The fire was placed under control at 9:56 A.M., with no other injuries. The Fire Marshal's Office is investigating.