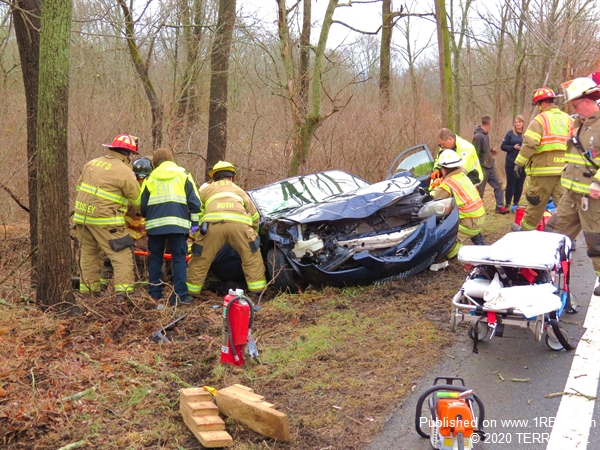 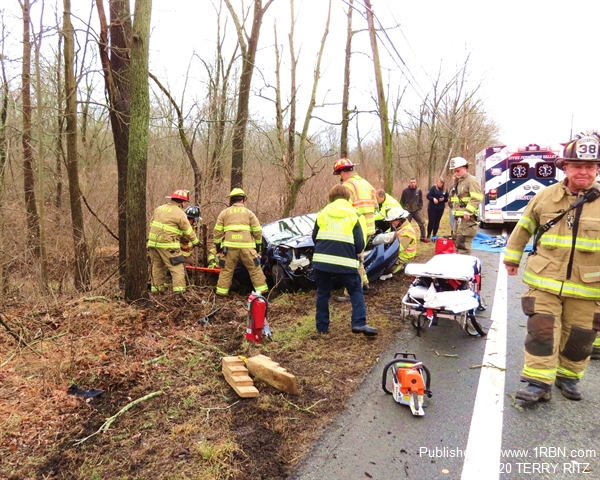 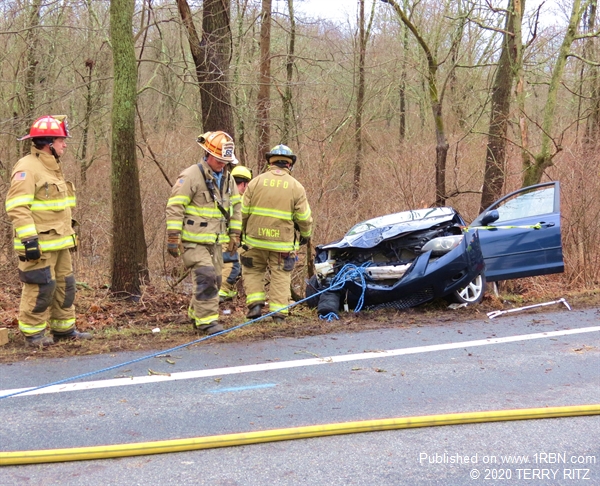 Upper Hanover Twp., PA - On Tuesday, February 11th at 3:40 P.M., East Greenville Fire Co., along with Pennsburg Fire Co., were dispatched to a single-vehicle car accident with rescue on Gravel Pike, just north of Hosensack Rd. in the township. An injured male passenger had to be extricated from the front passenger side. The rescue was completed within 10 minutes of arrival using the jaws of life. The male was then transported by ambulance to the hospital. The cause of the accident is pending the outcome of an investigation. There were no other injuries. Assisting the two fire companies were East Greenville and Pennsburg Fire Police, PA State Police and Upper Perk EMS.