Springfield Firefighters Put Out Arson Fire, Arrest Made Within Hours 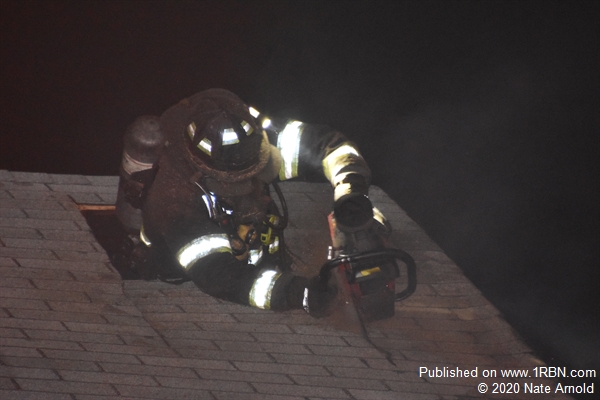 Photo by Nate Arnold FF Brendan Shea of The Rescue Squad uses an unorthodox methodology to expand a vent hole during overhaul at 345 Walnut St.

Springfield, MA - A vacant home was intentionally set on fire on Wednesday night, February 5th, at the address of 345 Walnut Street. Springfield fire crews responded to the call shortly after 6:00 P.M. to find heavy smoke showing from the second floor of an abandoned home in the Six Corners section of the city. The fire was knocked down within 15 minutes, but one city firefighter was injured in the operation and taken to Bay State Medical Center with non-life-threatening injuries. Fire Investigators with the SFD Arson and Bomb Squad and troopers attached to the State Fire Marshal's office made an arrest within hours of the fire, charging a 61-year-old city man with arson of a dwelling. The reason the man set fire to this home is still unknown.