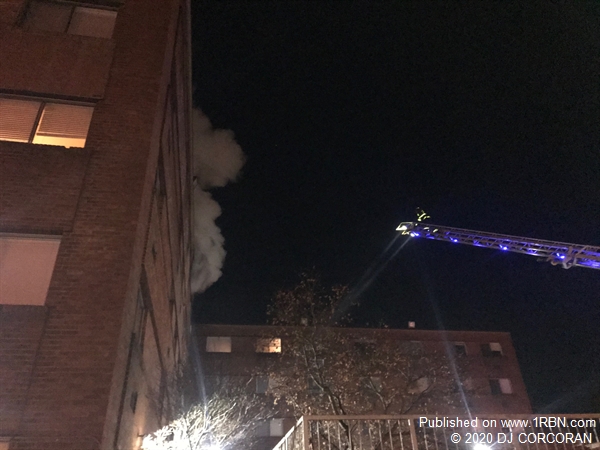 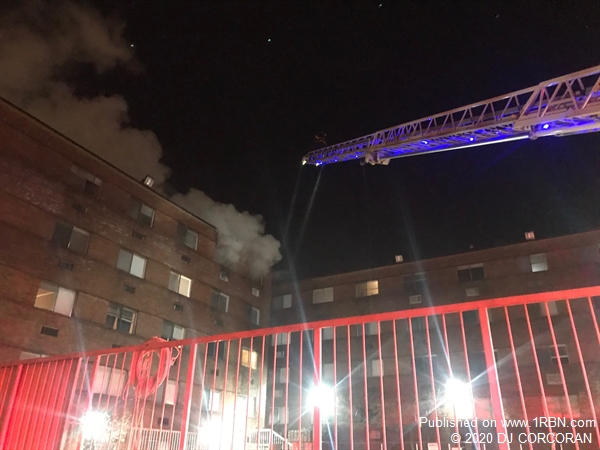 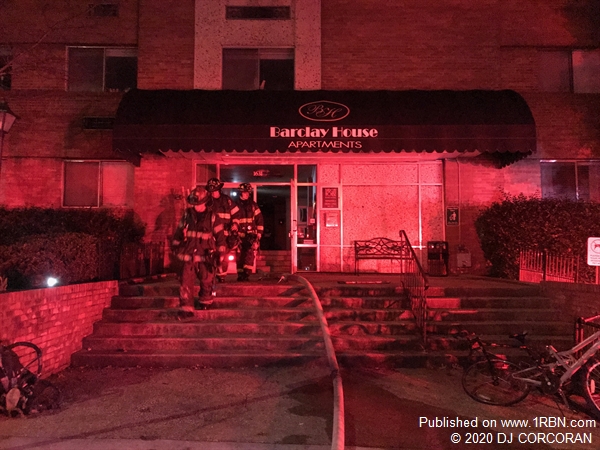 Knoxville, TN - At 5:30 AM on January 8th, units from the Knoxville fire department responded to 1631 Laurel Ave., Barclay House Apartments for report of a fire on the fourth floor. First arriving units reported flames coming from the fourth floor window on the B side (West side) of the building. Firefighters quickly entered the building, while aerial companies set up ladders on the exterior. Crews began evacuating the building while a smoke filled fourth floor hallway trapped some occupants in their apartments. The building contains approximately 75 units, four of those units are unoccupied. An apartment occupant roster is in route to the scene by the apartment manager, so a total number of victims is unobtainable at this time, but KFD and the American Red Cross have at least 50 individuals documented at this time. One firefighter has been sent to the hospital with heat exertion as a precautionary measure, but expected to be OK. A resident in apartment 412 reported to fire officials that he had gotten up to go to the restroom only to return to his bedroom where a wall unit heater under the window had caught fire now spreading to the curtains and engulfing the room. All occupants of the building are safe.