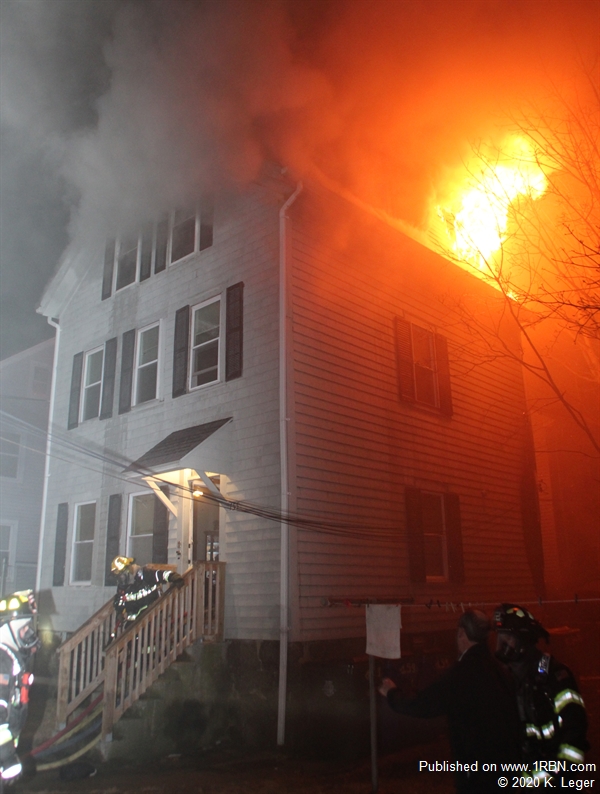 Photo by K. LegerHeavy fire vents from the third floor.

Car 2 arrived moments after dispatch and reported that he had a working fire in a three-story wood-frame, with heavy fire in the basement.

Members made an aggressive attack on all three floors, with fire traveling the balloon frame construction all the way to the attic space. Command ordered an evacuation shortly after, when heavy fire took over the third floor and tactics were changed to the exterior.

Command ordered two "Blitzfire" appliances to cover the 'B' and 'D' sides and a two-and-a-half inch hand line brought to the 'C' side, rear.

After knocking down the heavy fire, command resumed interior operations. This incident went to two alarms and the Red Cross was called in to assist three displaced families.

The fire investigation unit was called in to begin origin and cause determination, and Special Services provided scene lighting and rehab to fire personnel. The building was considered a total loss.