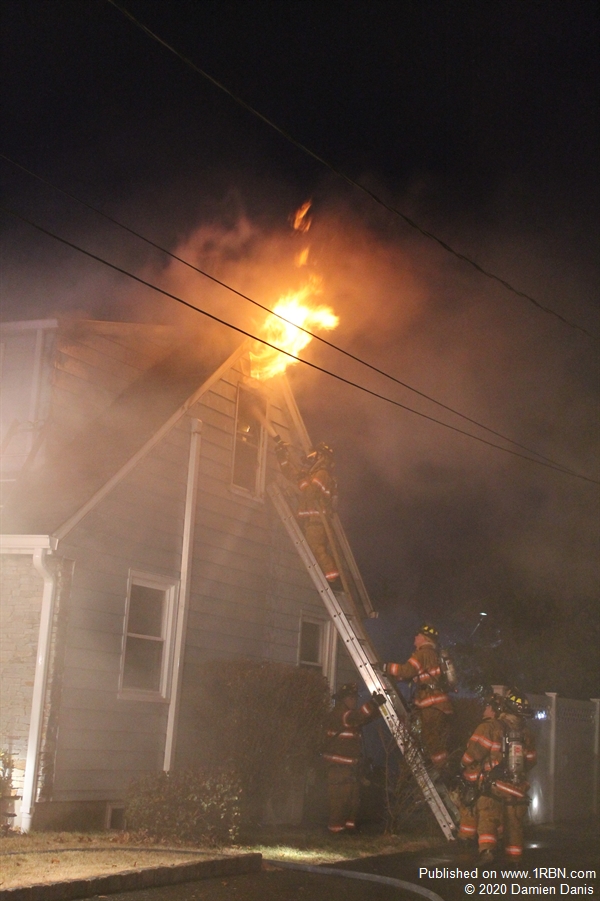 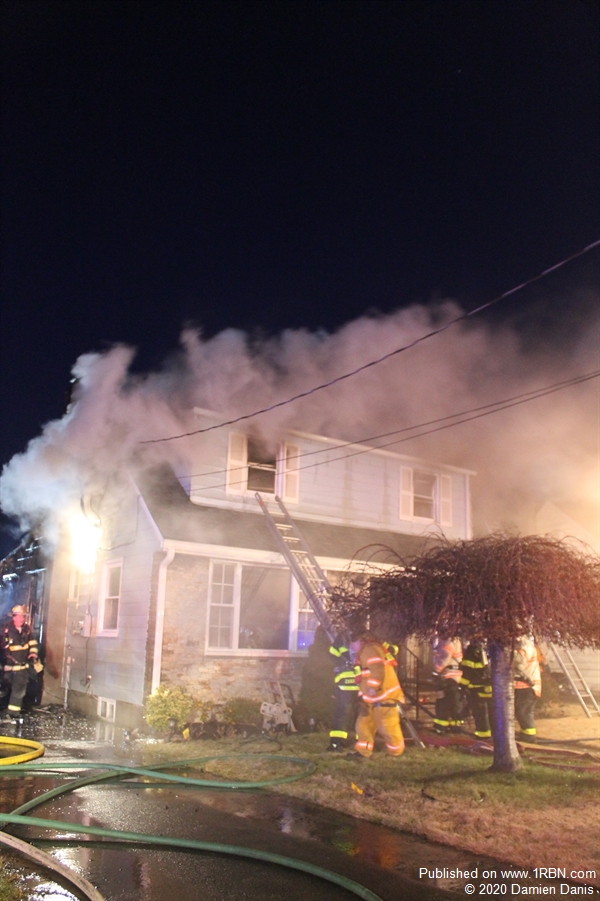 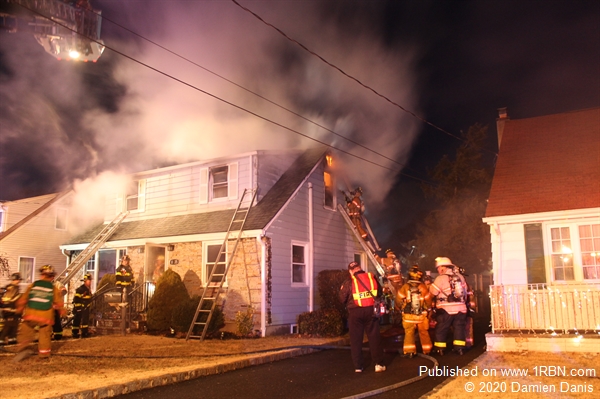 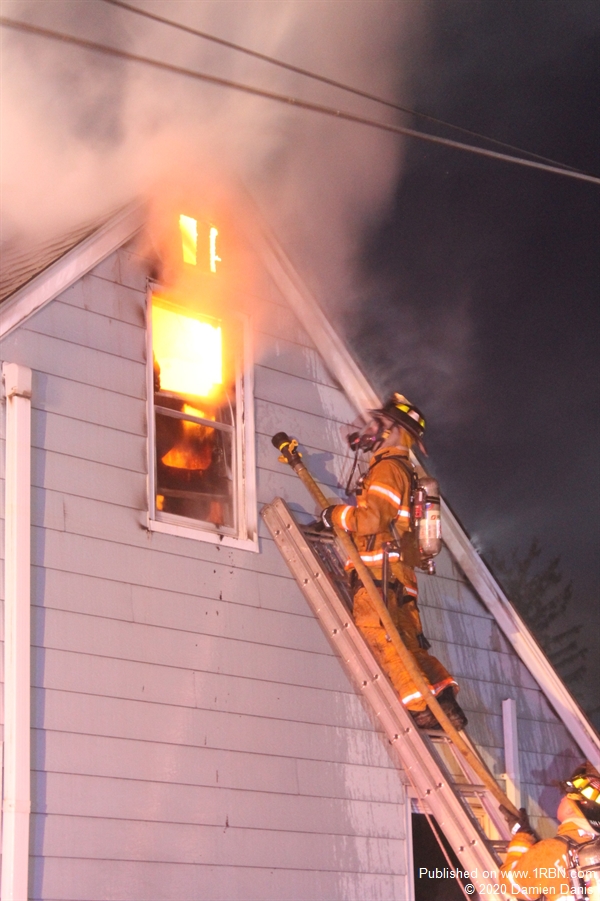 Fair Lawn, NJ - Fire raced through a vacant Fair Lawn home late in the afternoon on January 8th. At around 4:45 P.M., companies were dispatched to 8-35 Oak on a reported house fire.

Arriving Assistant Chiefs Kearny and Salvini confirmed a working fire, which was re-dispatched. Within minutes of arrival a second-alarm was struck, bringing mutual aid units to the scene. The rear of the home was heavily involved which extended to all floors of the structure. A third-alarm was struck, bringing additional out-of-town units to the scene.

Due to the heavy fire conditions all firefighters were removed and a defensive operation with Tower 1's ladder went into operation. As the heavy fire was knocked down companies reentered the home for final extinguishment. The fire was knocked down in about an hour and it was declared under control not too long after by Chief of Dept., Steve Solcov.