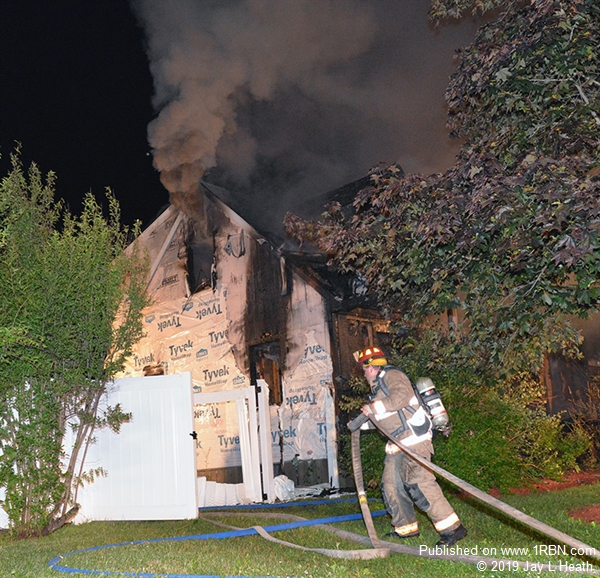 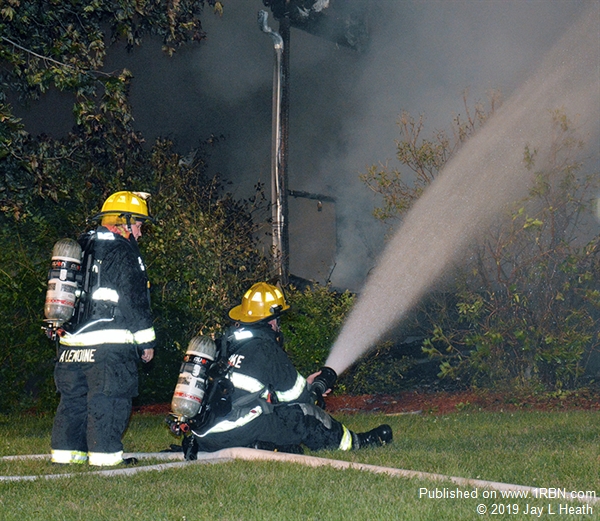 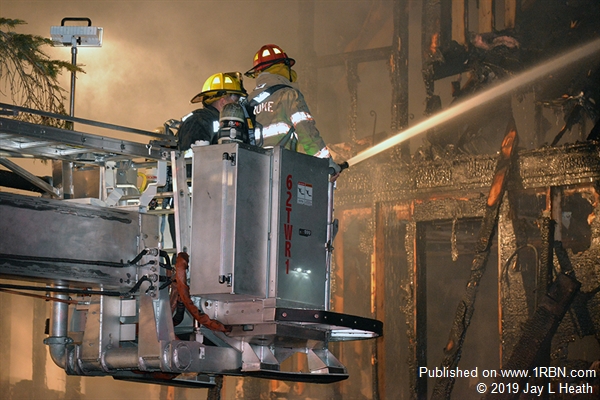 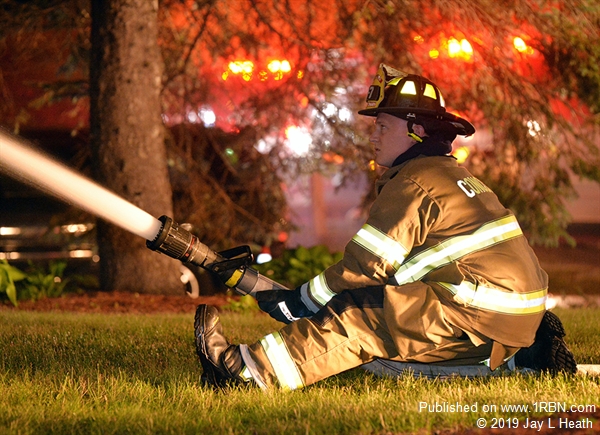 Photo by Jay L Heath A Concord Firefighter operates on a big line in front of the home. 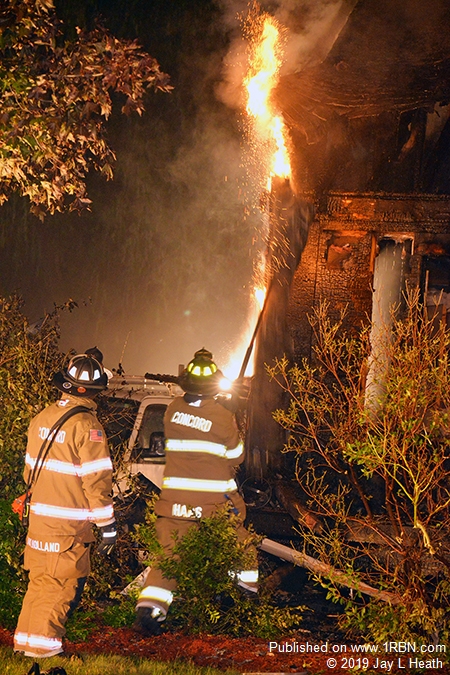 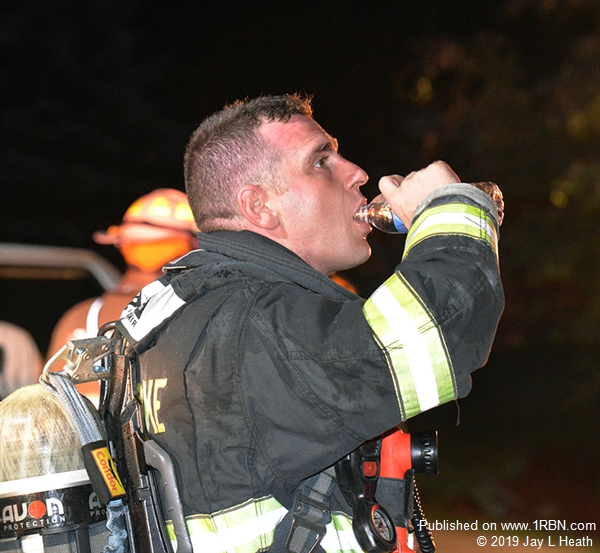 Photo by Jay L Heath A Pembroke Firefighter takes a break at the Second Alarm fire.

Additional calls confirmed a working fire and Chief Harold Paulsen soon arrived to find the whole front of the home fully involved. A second-alarm was requested by the Chief at 12:27 A.M. No one was home at the time of the fire, as the family was vacationing in Maine.

"There was just a massive amount of flames," Chief Paulsen said, adding that the entire front of the house and the porch were ablaze on arrival.

The fire was placed under control at 1:42 A.M. Crews remained on scene for several additional hours conducting extensive overhaul.

The house is pretty close to a complete loss and the fire is under investigation.