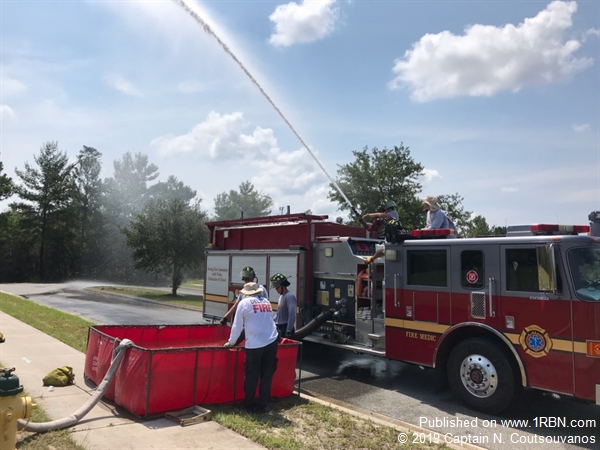 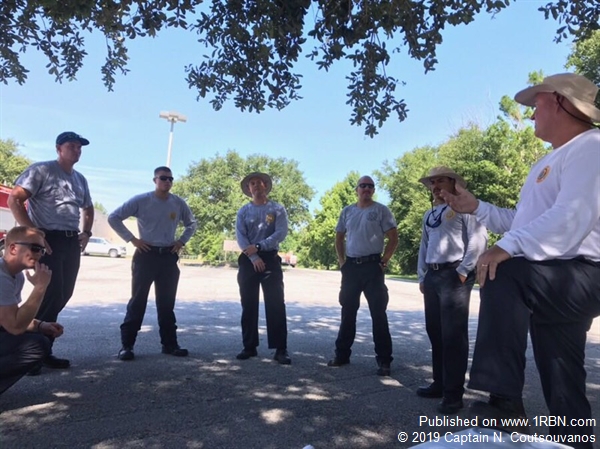 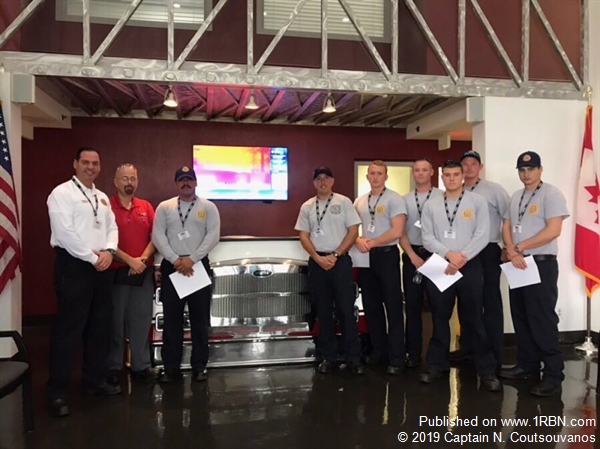 During the hydraulics portion of the class, participants visited the E-One facility located in Ocala to learn how fire apparatus are made; students also learned about various types of fire pumps such as Hale, Waterous, and Darley. Students gained a greater understanding of how fire pumps actually work and what their capabilities are.

The hands-on portion of the classes was taught in the City of Deltona; these classes included actual fire pumping evolutions requiring drafting, multiple line operations, relay pumping, and master stream operations. Students also tackled a complicated emergency vehicle driving course that challenged their abilities to safely and effectively maneuver fire apparatus through a series of obstacles.

Deltona Fire Rescue requires all Driver Engineers to complete 80 hours of Florida State mandated apparatus operations and hydraulics classes in addition to written and practical testing evolutions. Deltona firefighters with 18-months of on-the-job experience and the two required State of Florida apparatus operator courses can test and qualify to ride out of class and fill a vacant Driver Engineer position.

The training class was organized by Fire Training Captain Nick Coutsouvanos, who recently joined the Deltona Fire Rescue family. Captain Coutsouvanos is already planning several other in-house classes for the agency, including Fire Officer I and II.