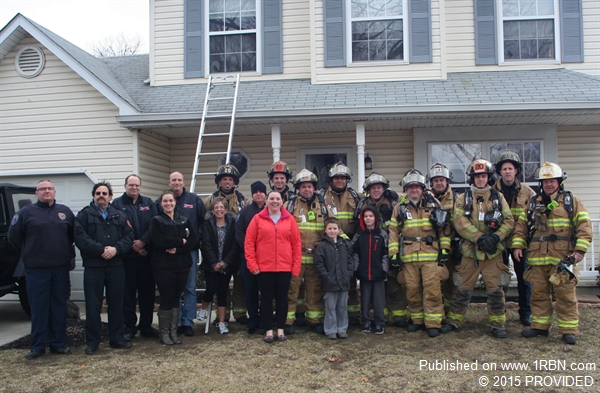 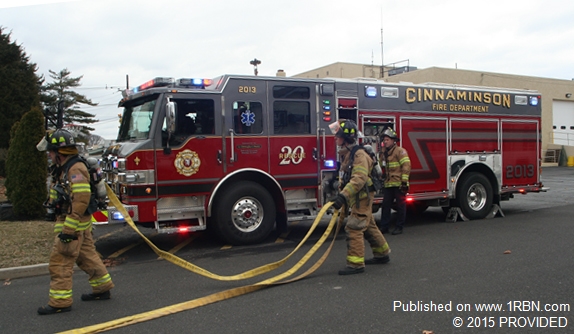 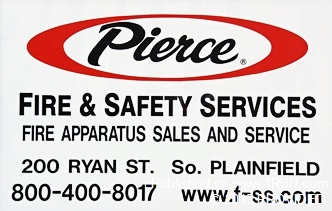 When Cinnaminson Fire Chief William Kramer, Jr. was contacted by Burn Foundation Artist Joseph M. Getsinger requesting assistance creating the next painting for the Wildwood Fireman’s Convention fundraiser they both realized they had worked together in the past. In Getsinger’s past life with the New Jersey State Police Arson Unit he was requested by Cinnaminson Police Department to assist them in a suspicious fire investigation. Earlier that year William Kramer Jr. attended an Arson Seminar instructed by Joe. The points and information he learned at the seminar he found to be real at the suspicious fire in Cinnaminson and met Getsinger at that scene. Years later, now with Getsinger retired, Kramer is still investigating fires in Cinnaminson and throughout New Jersey as the New Jersey Division of Fire Safety Acting Director and State Fire Marshal. Getsinger explained that he needed help with a photo shoot of an idea he had for this year’s image to support the Burn Foundation. Kramer was thrilled and honored to help Joe and the Burn Foundation and invited him to meet one Saturday with members of the Cinnaminson Fire Department to assist him in a photo shoot to capture the detail for his new painting. This year will mark thirty five years that Getsinger has served the Burn Foundation It also marks fifteen consecutive years that Fire & Safety Services, Ltd., of Plainfield, New Jersey ,President David Russell and Pierce Manufacturing has financially supported the artist and the Burn Foundation in their fundraising efforts at the annual Fireman’s Convention in Wildwood, NJ. This year’s theme will be “THE VIEW” which is what a firefighter first sees coming onto an active fire scene. Now the artist has had “The View” in his creative mind since the 2014 Fireman’s Convention and did a photo shoot, but needed volunteers to set up the scene he had conceived. On many occasions the scene changes as he gets professional input from those most qualified firefighters who fight fires throughout the year and can give the best advice as how things are done. That brings us to the day of the photo shoot. Joe arrives at the Cinnaminson Fire Department to his amazement there are about twenty people, including two children and some Moms willing to help out with the photo shoot. Those dedicated individuals were: Kristin Adams, Nick Adams, Joe Bukowski, Joe Congemi, Isaiah Goldsby, Todd Hardie, John Heckler, Dean Jernigan, Chris Keppel, Lou Kilmer, Matt Kilmer, Bill Kramer, Ron Priest, Carter Priest , Ira Schonfeld, Lee Schroeder, Harry Smith, Robert Yearly , and Keith Zimecki. Joe took up a couple hours of their day directing left, directing right, up and down the ladder and “freeze in place.” At the completion of the photo shoot over 150photos were taken, which only 5 to 10 will be used for reference for the painting. We could explain what the painting will look like, but you’ll have to see it for yourself in the 2015 Wildwood Fireman’s Convention issue in September. The house in the background of the group shot will be part of that painting. Support the Burn Foundation by purchasing raffle tickets before the convention. If you can presell 50-100 tickets before the convention send the artist a check made out to the ”Burn Foundation” and he will mail you your tickets that you can distribute and turn in at the convention. Tickets will be available in August 2015 through J.M.Getsinger Art Studio – PO Box 97 Woodbury Heights, NJ 08097 856-853-8039. You can also donate funds directly to:
Burn Foundation - One Medical Center Boulevard, Lewis House - Upland, PA 19013
Phone: (215) 545- 3816 - Fax: (215) 545- 3818 - info@burnfoundation.org
Sponsor: Fire & Safety Services, Ltd. 200 Ryan St., So Plainfield, NJ 800-400-8017 www.f-ss.com