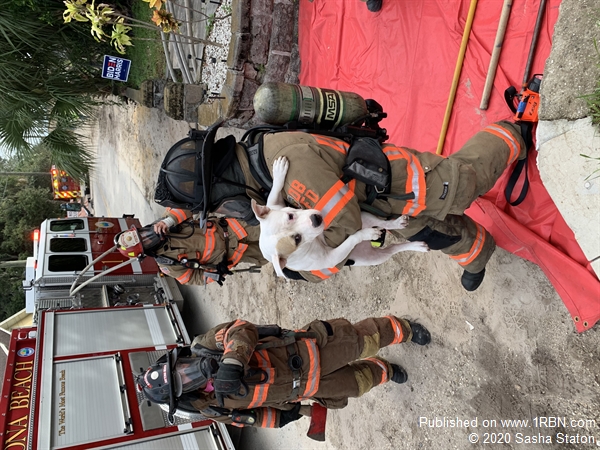 As the resident of the house sat outside crying and concerned for the pets that she was not able to locate before evacuating her house that was on fire, Daytona Beach Firefighters quickly worked to locate the beloved animals through thick smoke and minimal visibility while at the same time trying to minimize the damage the fire was causing. During the search of the large, two-story house, Firefighters were able to find the two cats, a cage of pet rats, and the dog, Lola. Firefighters carried the scared the dog through the house and outside to be reunited with its owner in the street. The cause of the fire was due to mechanical failure of the A/C unit.