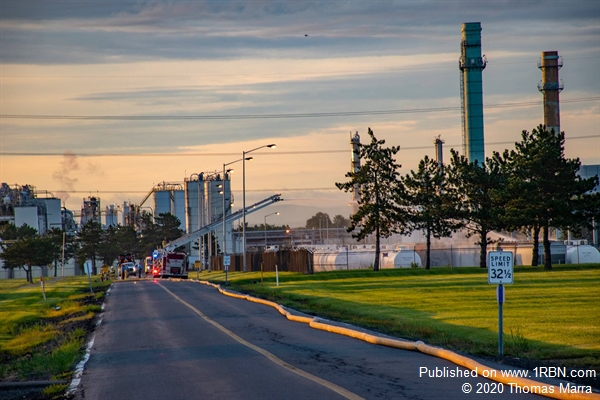 Photo by Thomas MarraA chemical leak at a facility in Selkirk prompts nearby evacuations. 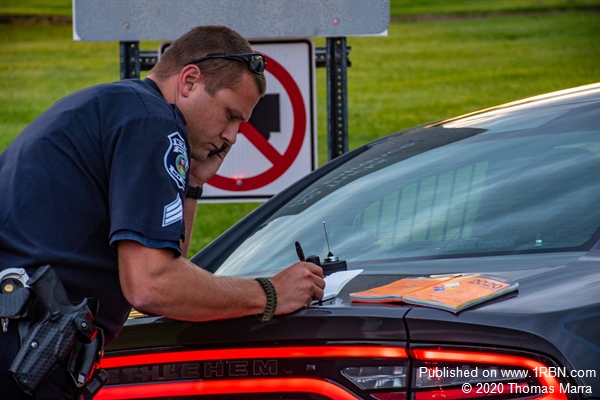 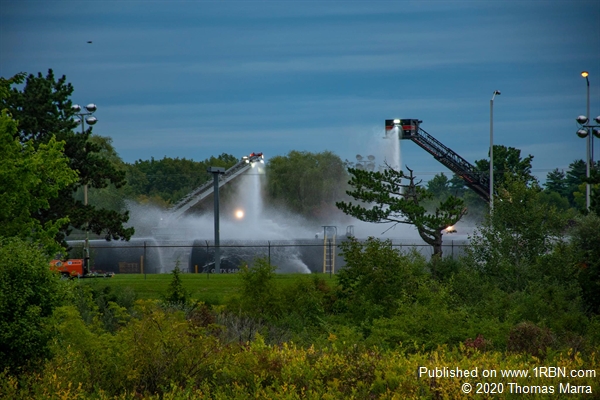 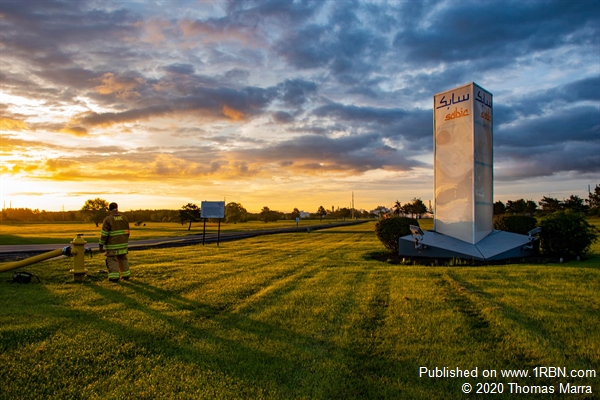 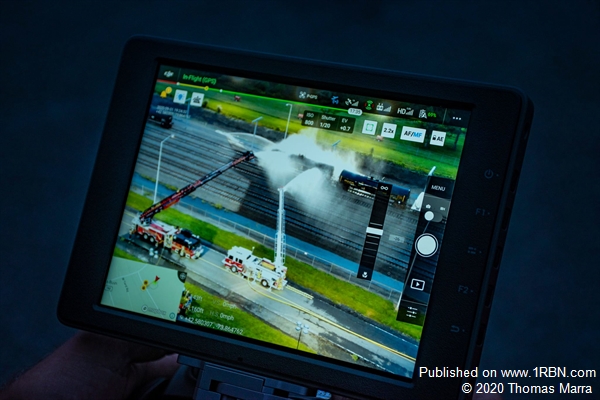 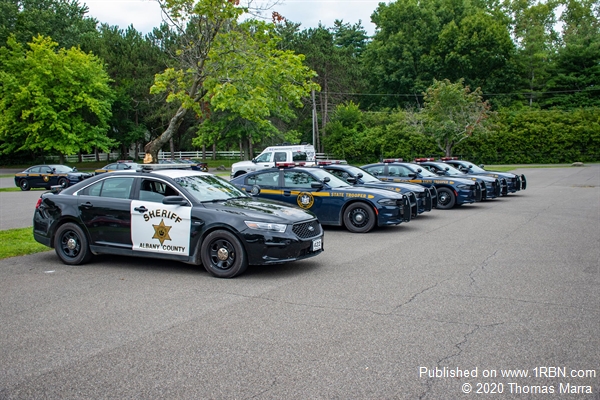 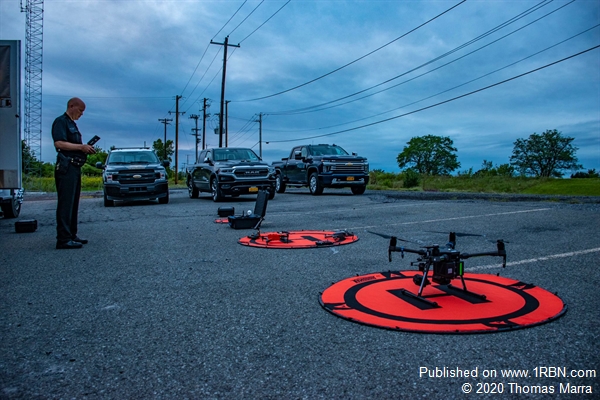 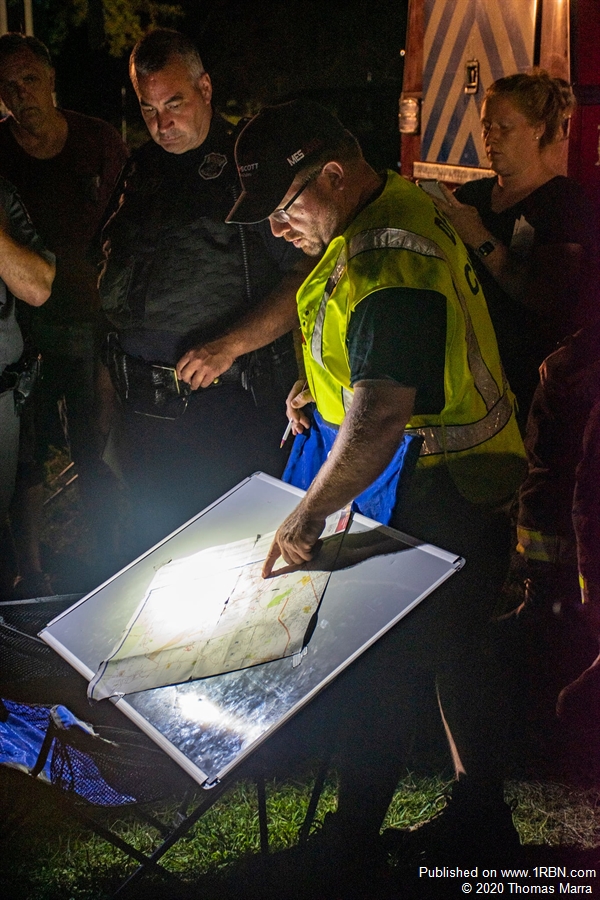 Emergency crews spent the majority of the day on scene after a chemical release from a rail car occurred in Selkirk prompted evacuations in the immediate area.

Multiple fire, police, EMS and government agencies responded around 6:00 a.m. after a rail car was releasing a chemical on the property of SABIC in Selkirk on Tuesday, September 1st.

SABIC is equipped with their own emergency response team with a ladder truck and responded to put water on the rail car releasing the chemical to keep it cool while awaiting the arrival of additional fire departments.

The chemical, later identified as Styrene Monomer, is used to make latex, synthetic rubber and items such as disposable cups and containers, according to the CDC website.

Roads were blocked off at Route 32 at Feura Bush Road to Route 32 at County Route 308, and Creble Road from Route 32 until Elm Avenue.

As the incident was ongoing, incident command made the decision to issue evacuations of non-essential businesses within a half-mile radius of the SABIC property and advised all residents within one mile of SABIC to shelter in place, according to Cmdr. Adam Hornick of the Bethlehem Police Department.

Together the two ladder trucks supplied a constant flow of water onto the rail car from 6:00 a.m. until fire crews were released later Tuesday night.

The constant flow of water was necessary in making sure the Styrene inside the 35,000 gallon tank stayed at a safe temperature to prevent an explosion.

During the incident, all four Town of Bethlehem fire departments were placed on mutual aid for all fire calls, and Delmar-Bethlehem EMS requested all available volunteers to standby at the stations.

During the mitigation process, an odor of the chemical was still present in the air, but officials said there was no cause for concern.

“It should be noted that the potential detection of this odor may be related to the controlled process of mitigation,” according to a statement released by Hornick.

Air monitoring stations were positioned around the area to monitor air quality to make sure the air quality was at safe levels and to monitor any potential environmental impacts.

Drones were used from the Albany County Sheriff’s Department and New York State Police to get an aerial view of the incident and also used thermal imaging cameras to monitor temperatures from above.

A command post was set up at the compost facility on Route 32 and staging was setup at the Elm Avenue Park.

Fire Department Auxiliary members delivered food and drinks to those operating and standing by for the incident.

The scene was deemed safe and all fire departments cleared the scene around 10:00 p.m. as police remained in their command bus overnight.

All road closures re-opened and all businesses that were told to evacuate were allowed to reopen as of 8:00 a.m. on Wednesday morning.

“I personally would like to thank all of the volunteer firefighters from the surrounding areas who gave up the time away from their homes and jobs and spent over 15 hours helping a business that needed us,” Michaniw said.