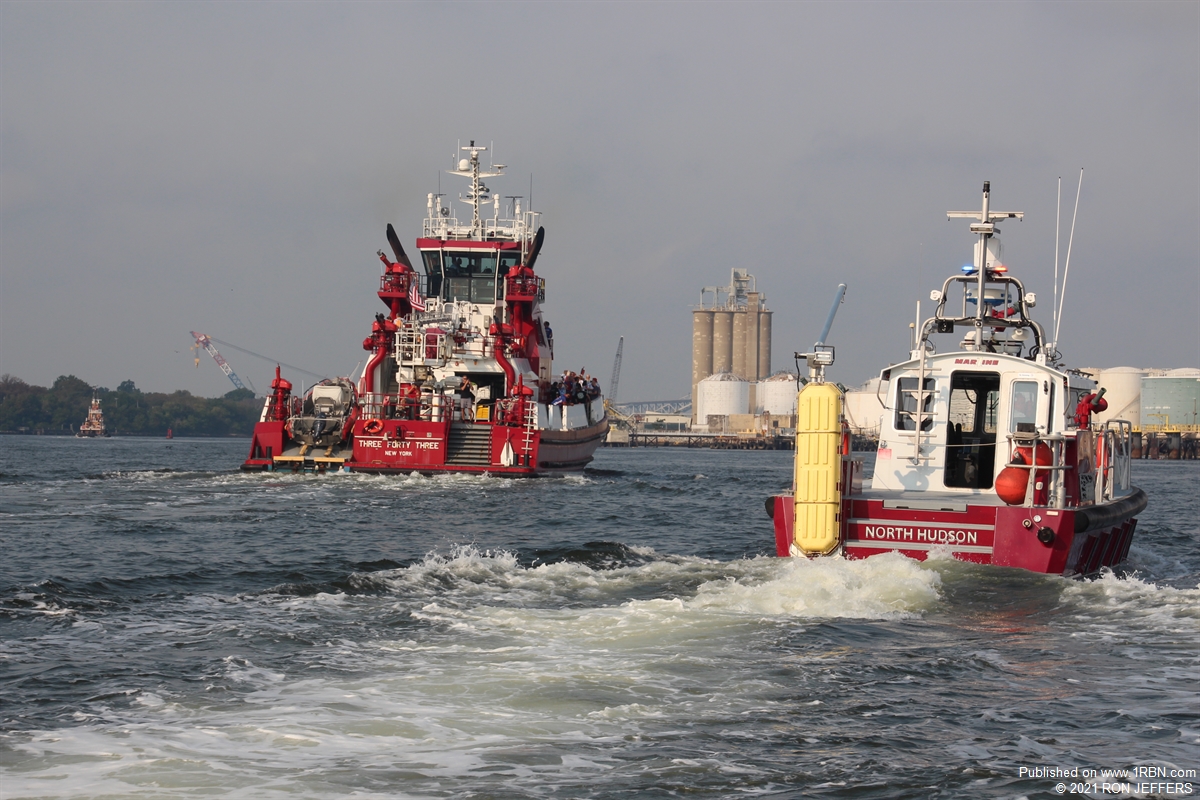 Photo by RON JEFFERSNorth Hudson Marine 1 escorts FDNY Marine 1 ("Three Forty Three") from lower Manhattan to Elizabeth, along with other fire and police vessels. On board were FDNY 343 Mile a Man bicycle riders. 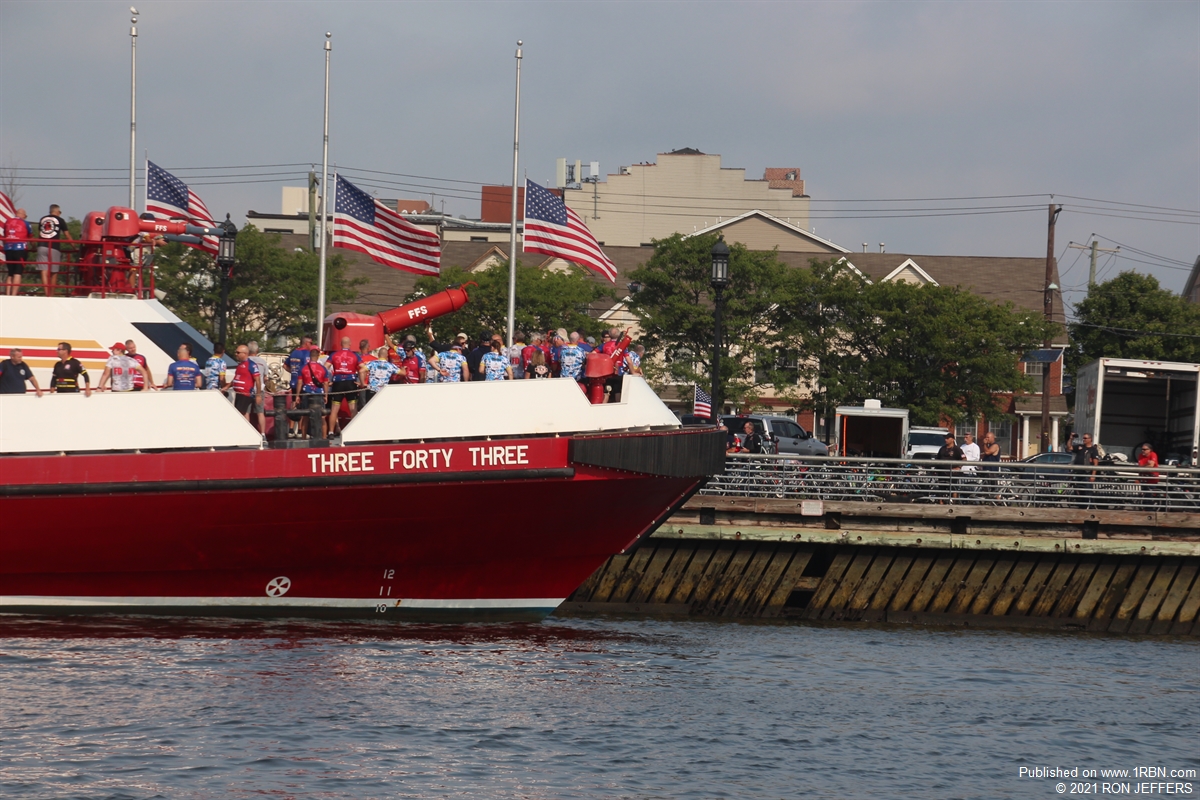 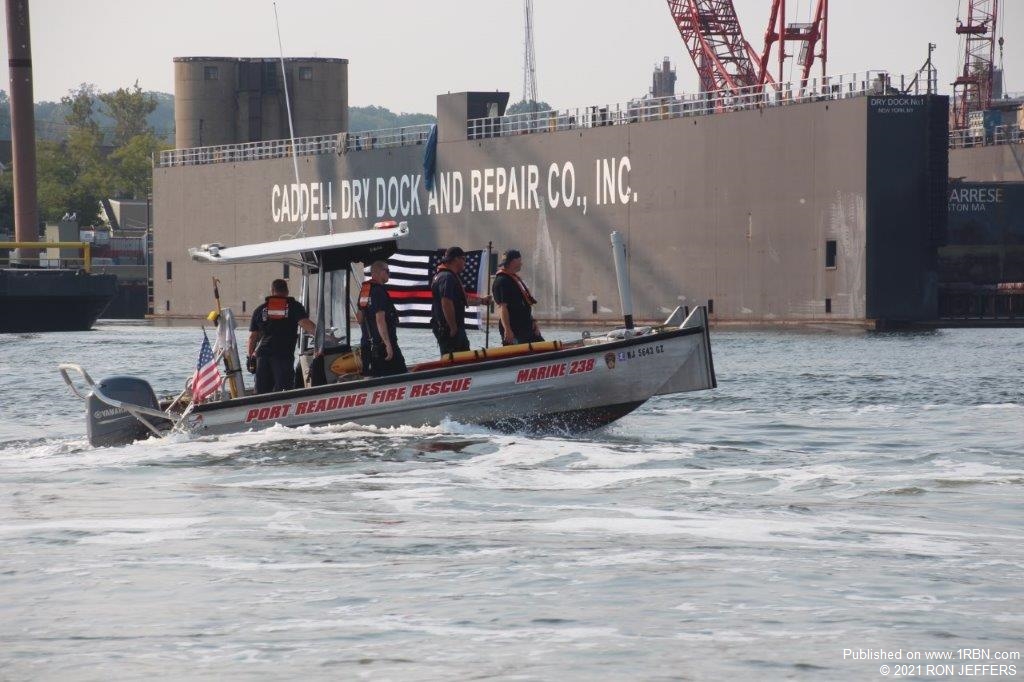 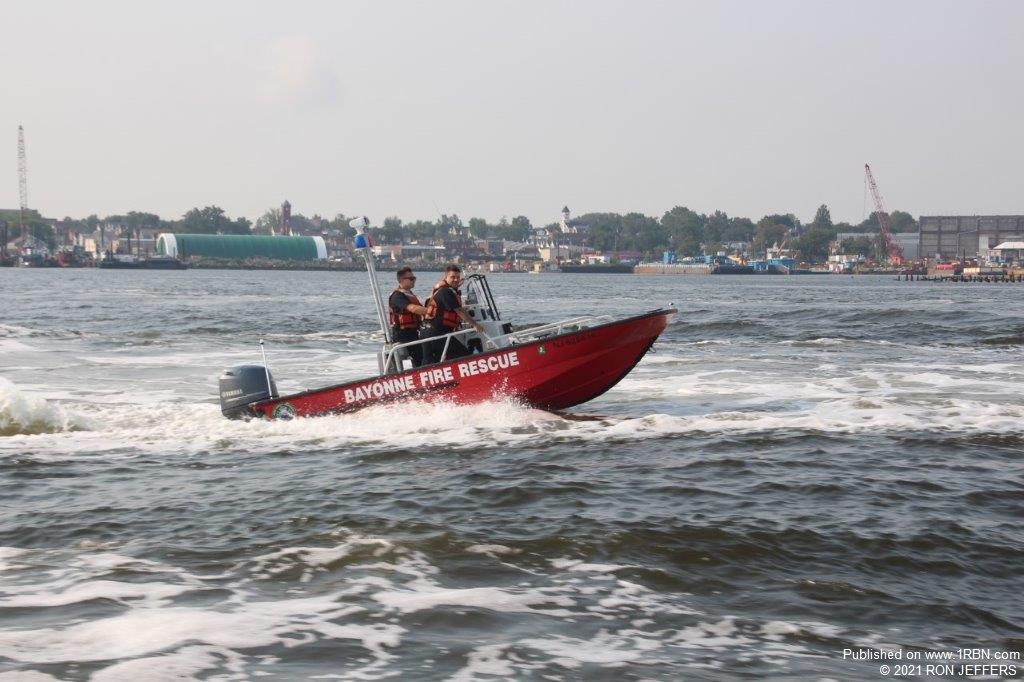 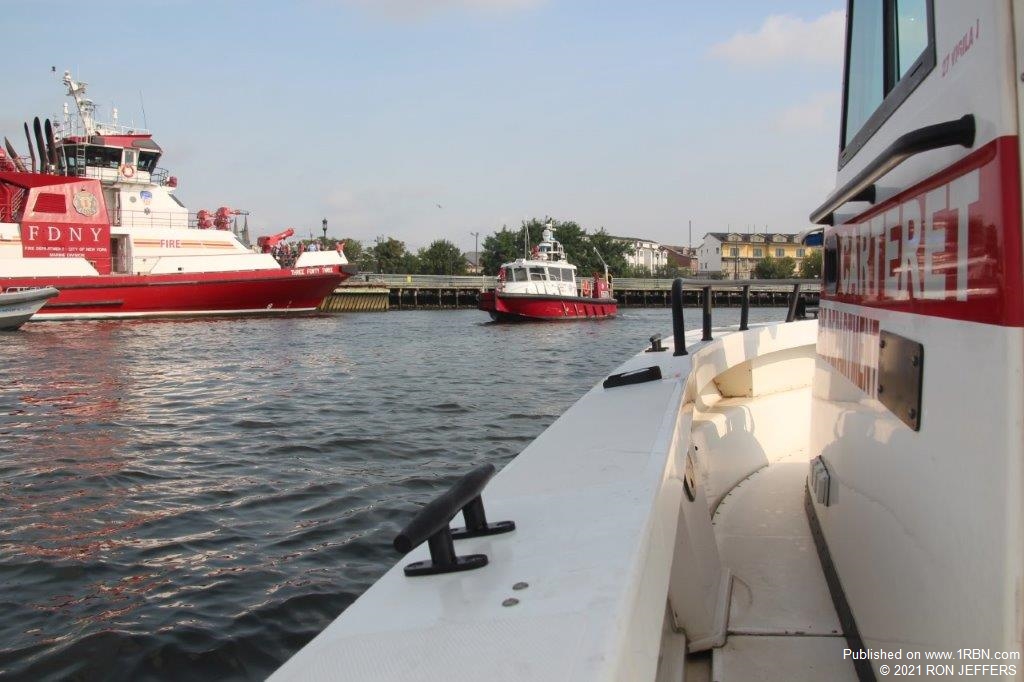 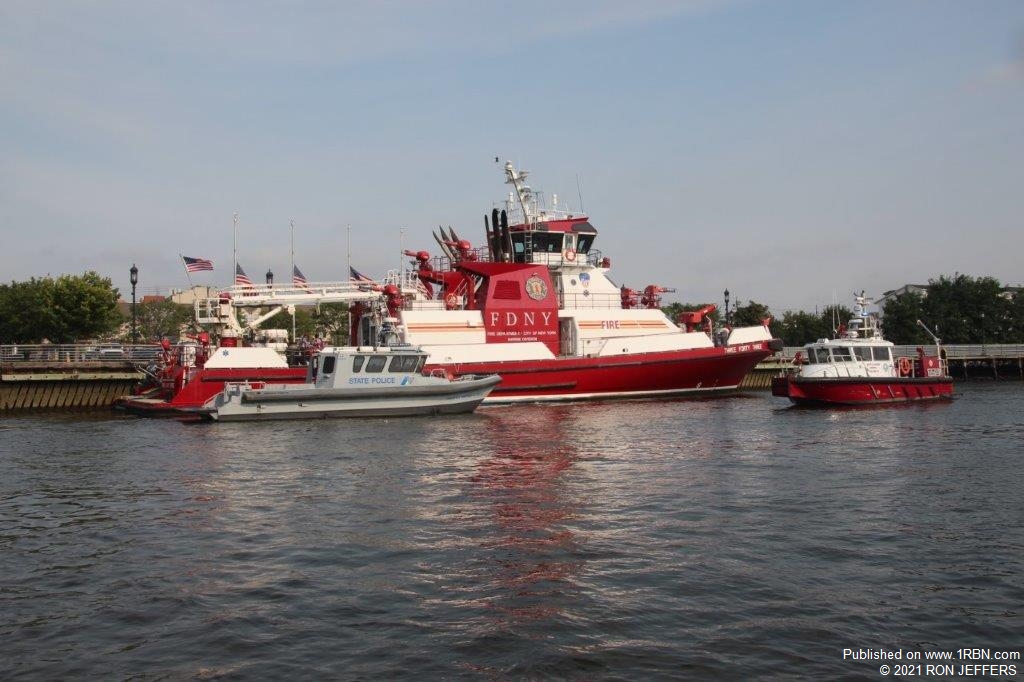 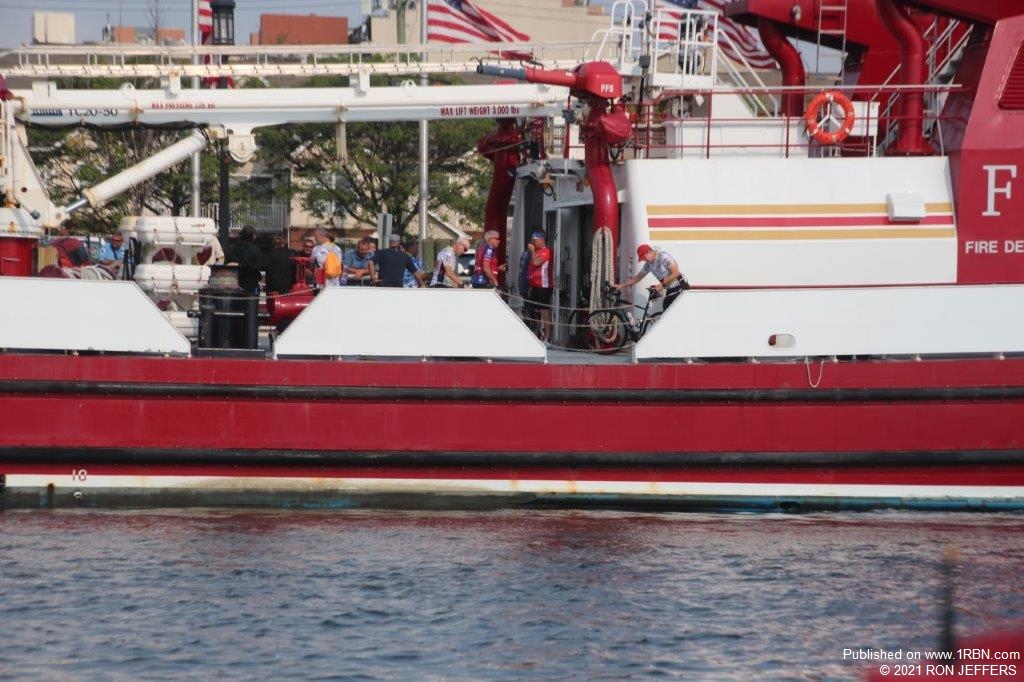 The group's 10th annual run traveled from Montauk, N.Y., to Washington, D.C. Members raise money for wounded soldiers returning home from war who have sustained serious injuries in the line of duty. Since the ride started, over $1.2 million has been raised. The funding goes towards all terrain wheel chairs, service dogs, medical bills, housing and numerous other expenses.

Before the bikers left New Jersey, they received a $500.00 donation from the New Jersey Deputy & Battalion Fire Chief's Association.

After the park ceremony, Elizabeth EMT Andreea Wirkus and EMS Supervisor Jason Hamilton escorted the bicycle riders from their city to Toms River.