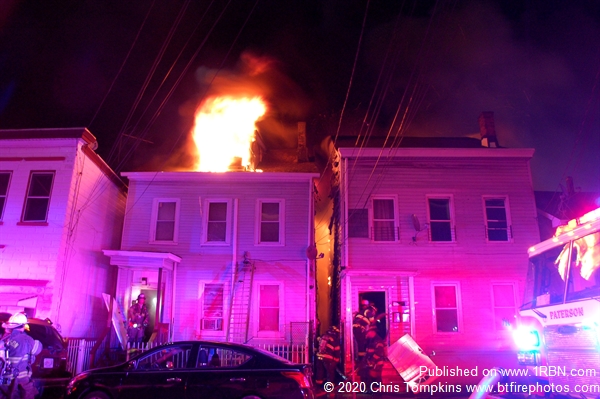 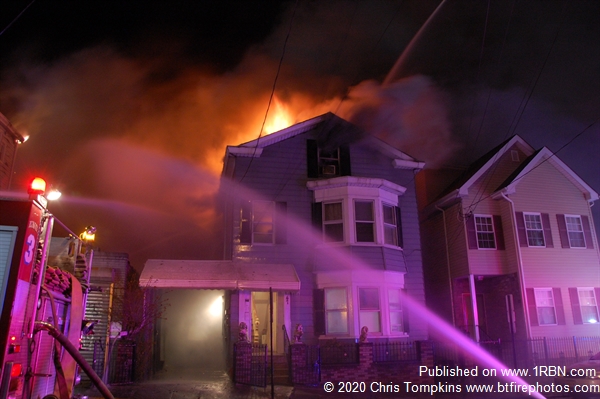 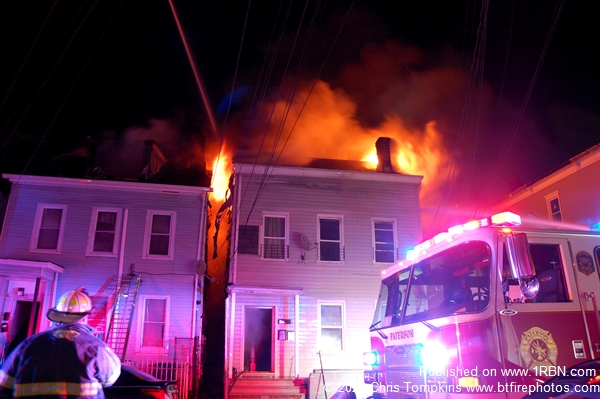 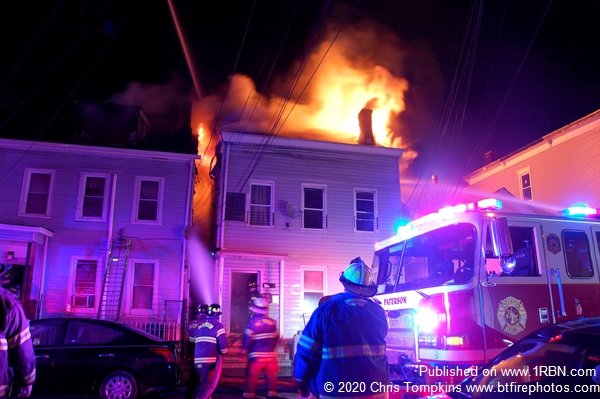 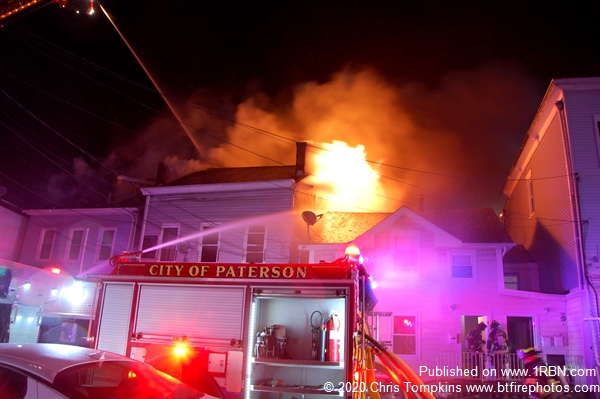 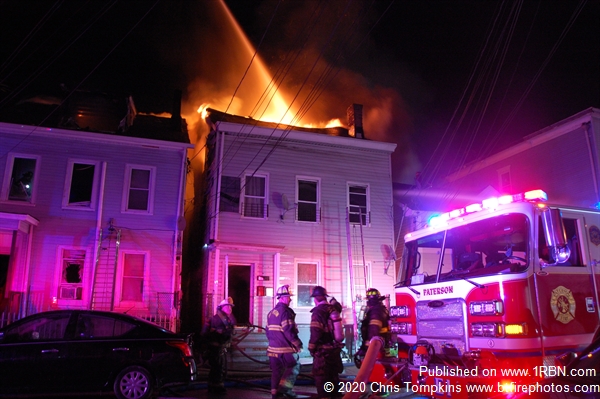 Firefighters were dispatched to the area of 81 Beech Street just before 9:00 P.M. for multiple calls reporting a house fire. First arriving units reported heavy fire conditions in the rear of a two-and-a-half story dwelling with exposure problems and transmitted a second-alarm on arrival.

As crews began to attack the fire, flames had extended into the 'Bravo', 'Charlie' and 'Delta' exposures, with heavy fire throughout. A third-alarm was transmitted, followed quickly by a fourth-alarm. Firefighters attempted an interior attack, but were pushed back from heavy fire conditions and low water pressure.

Two tower ladders, two deck guns and multiple hand lines were put into operation to prevent the fire from spreading to additional structures. A total of six structures were involved during the fire, three of which sustained heavy fire damage, causing a total of seven alarms to be transmitted during the incident.

It took firefighters three hours to bring the fire under control, which displaced over 50 residents. No injuries were reported. Mutual aid from multiple counties assisted on the scene and covering the city. The cause of the fire is under investigation.