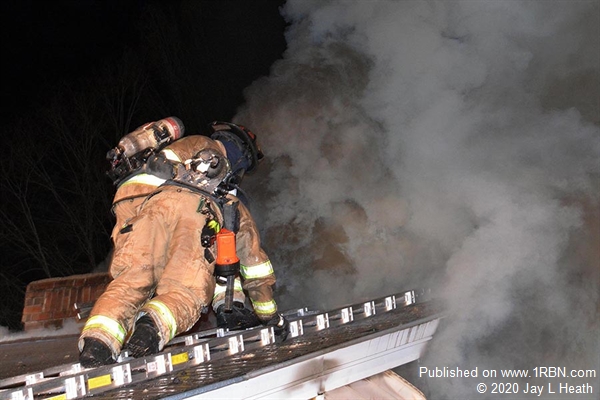 Photo by Jay L HeathHeavy smoke pushes out of the vent hole from Concord's crew venting the main roof at this Pembroke House fire on April 26th. 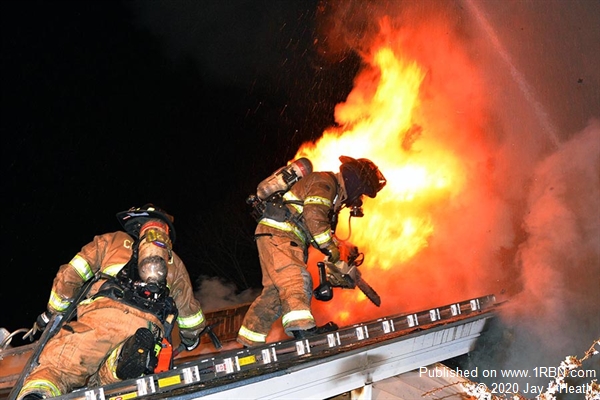 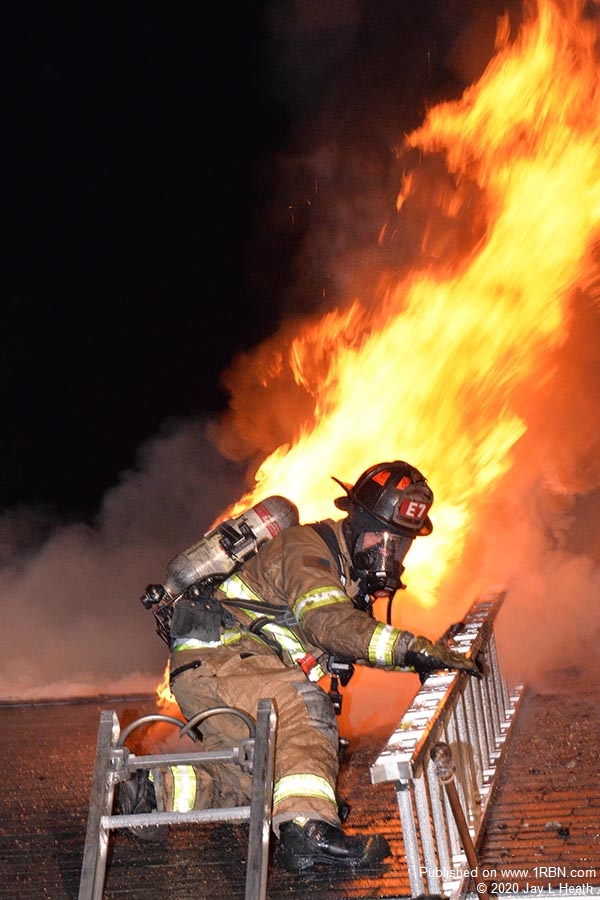 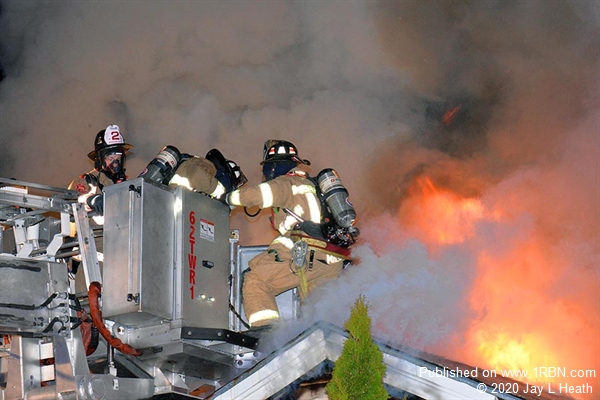 Photo by Jay L HeathHooksett's crew retreats from the A/D Section of the roof after venting. 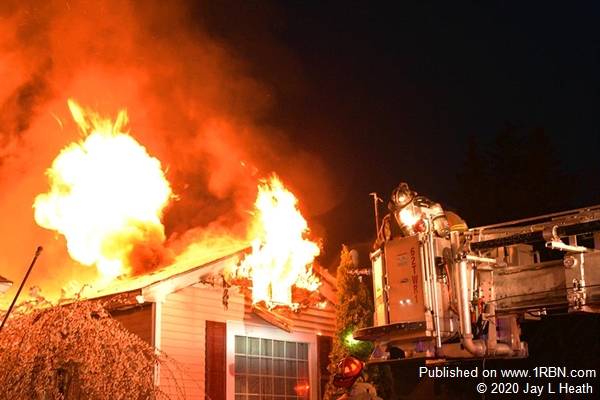 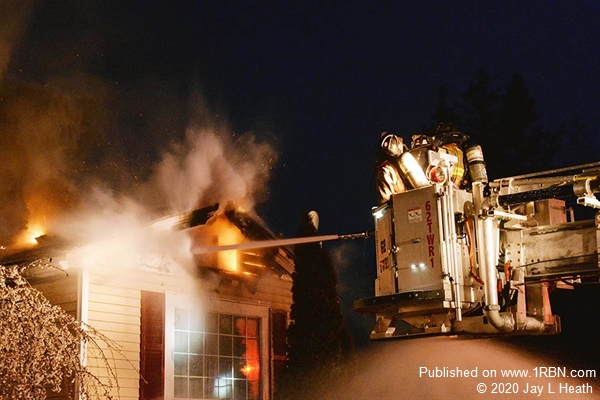 Photo by Jay L Heath Hooksett's crew in the bucket of Pembroke Tower 1 opens up to knock down some of the fire. 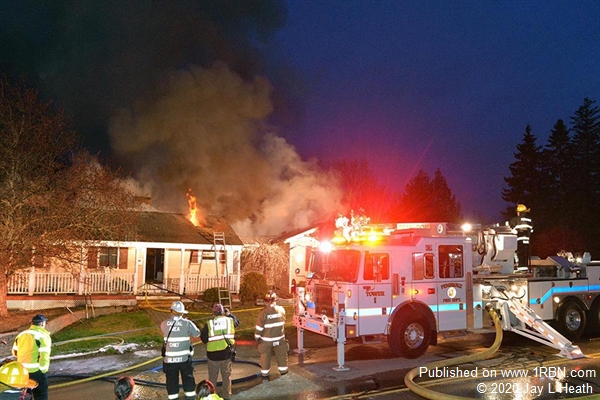 Photo by Jay L HeathThe house was a complete loss as crews operate to knock down the fire. 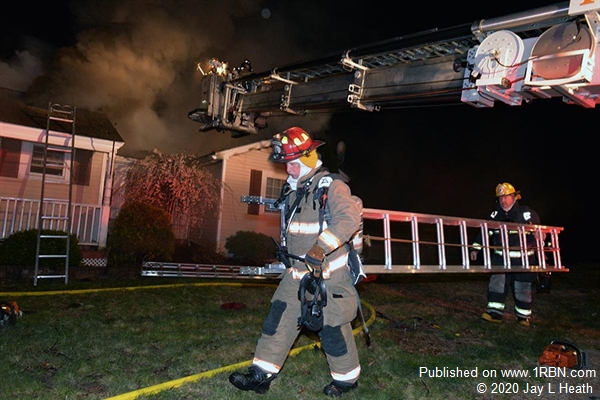 Pembroke, NH - An early morning fire destroyed a home as residents escaped unharmed on Sunday, April 26th. Concord Fire Alarm dispatched the report of "fire in the rear of the house" at 4:27 A.M., with automatic mutual aid coming from Allenstown, Hooksett and Concord.

Pembroke firefighters made an aggressive interior attack on the fire, backed up by Allenstown and Hooksett firefighters. Concord's Engine 7 and Rescue 7 vented the main roof, and then later Hooksett's crew vented the 'A/B' corner section as heavy fire took off in the attic.

Pembroke's Tower 1 eventually went to work to knock down some of the fire from the outside and crews managed to get back inside to knock down the fire, but the house was a complete loss.

A Bow Engine was special called to the scene for manpower, and Epsom provided coverage. Tri-Town Ambulance also treated a firefighter at the scene for heat exhaustion. The fire was placed under control at 5:48 A.M., and crews remained on the scene for overhaul and mop up until about 7:00 A.M.

The Red Cross was notified and Pembroke Deputy Fire Chief Paul Gagnon said neighbors and friends were able to provide assistance to the residents. No cause has yet been determined.