Heavy Fire Found to the Rear of Pottsville Home 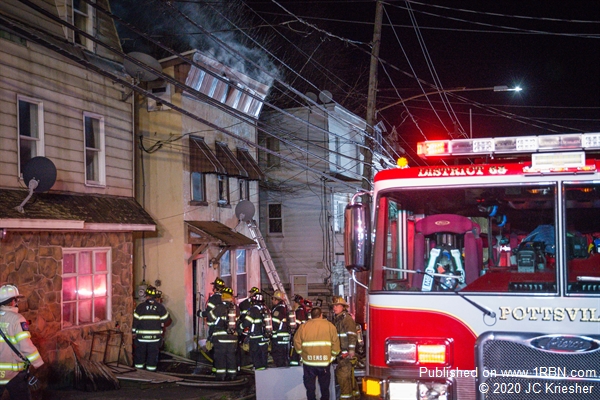 Photo by JC KriesherLight smoke and steam rise from the upper floors of this house on East Norwegian Street in Pottsville. Crews found heavy fire to the rear on arrival. 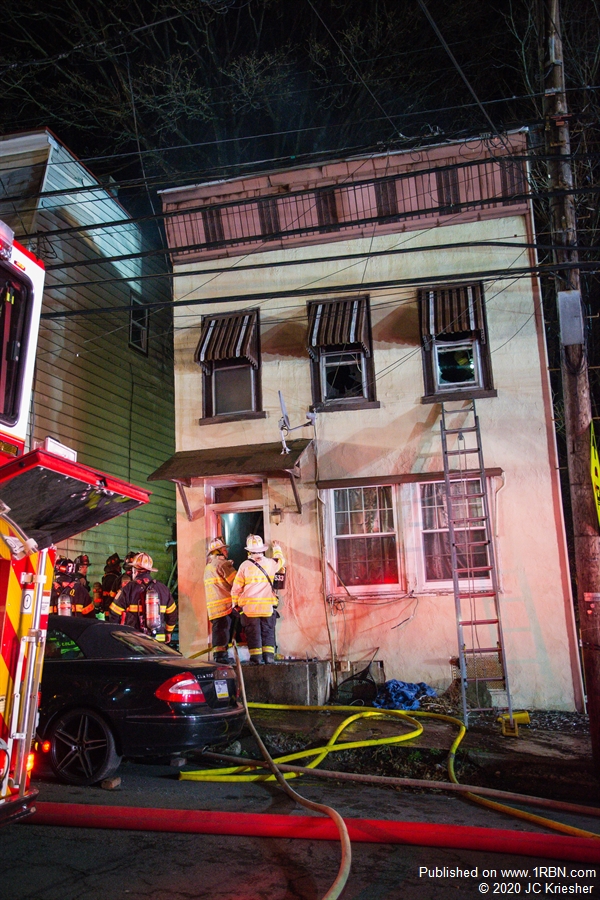 Schuylkill County, PA – At 3:27 A.M. on Saturday, April 4th, Box 15 was struck for the City of Pottsville for a house fire in the 500 block of East Norwegian. Chief 68-3 arrived to find heavy fire to the rear of 533 East Norwegian Street. A working fire was declared and Schuylkill Haven was requested for their Rapid Intervention Team. Ladder 68-21 took the address but was unable to set up due to wires directly above the turntable. Engine 68-13 followed the truck and was the primary attack engine. Engine 68-14 came down from the east side and had a line stretched. The remainder of the department staged in the area. Firefighters were able to bring the flames, which were already through the roof, under control in 15 minutes. There were initially reports of entrapment, but searches proved negative.