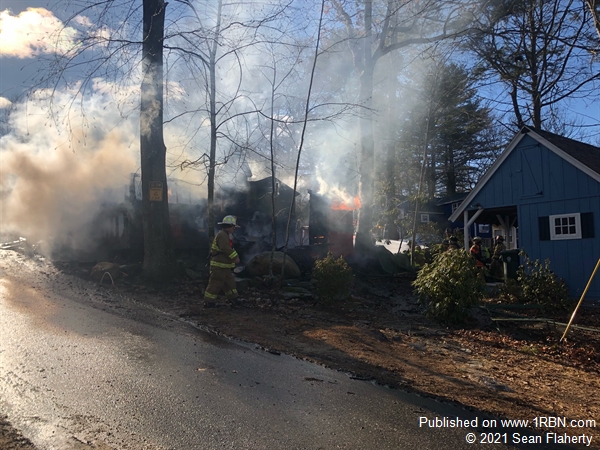 Photo by Sean FlahertyThe right side of the home was well involved on Engine 101's arrival. 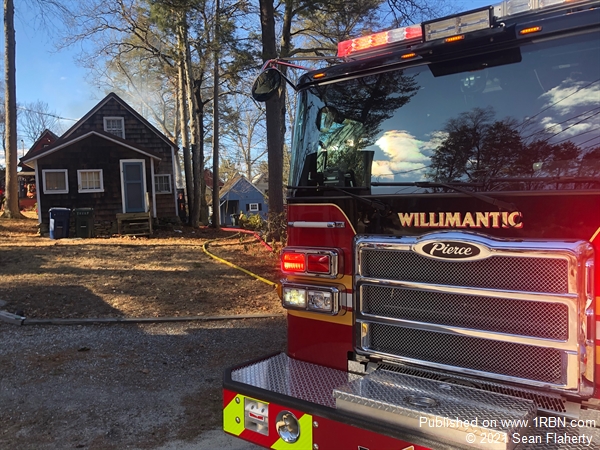 Photo by Sean FlahertyWillimantic Engine 101, a 2018 Pierce that carries 750 gallons of water with a 1,500 gallon per minute pump. 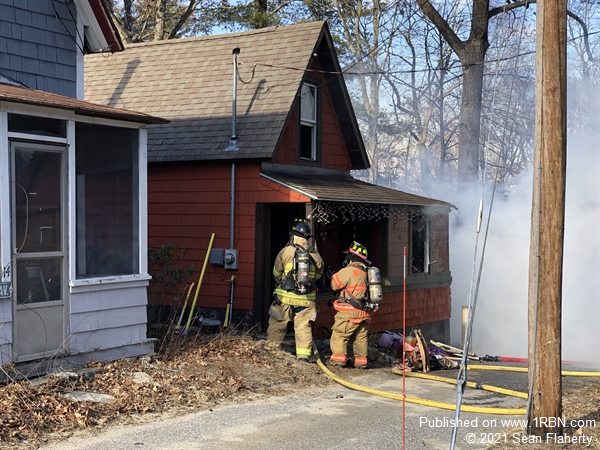 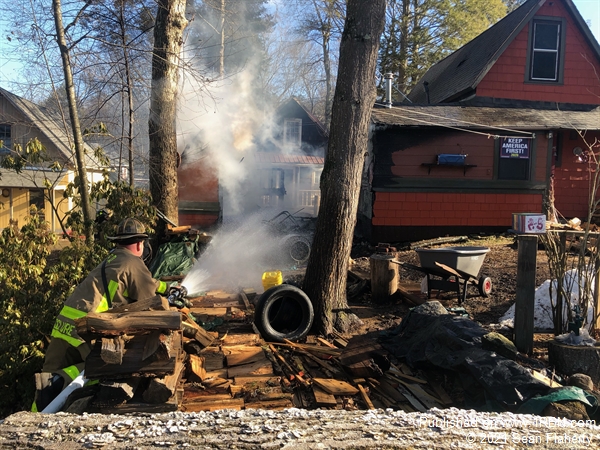 At 2:36 pm on Saturday, 3/6/2021 the South Windham, Windham Center, North Windham and Willimantic Fire Departments with the Yantic FAST were dispatched to Jaynes Avenue at Cartwright Avenue for a house fire. WW Dispatch updated responding companies that they were taking more calls reporting a working fire with possible explosions involving a gas tank. Car 4 confirmed the working fire at 2:40 and upgraded to the first alarm. Willimantic Engine 101 arrived at 2:42 with heavy fire showing from the Delta Side. Engine 101 stretched a 2.5” hose line to the delta side and began darkening down a large volume of fire. Following that, they stretched a 1.75” hose line through the front door. South Windham’s Engine 204 also stretched a line to the rear. Command placed the fire under control at 3:20 and the Windham Fire Marshals Office is investigating.